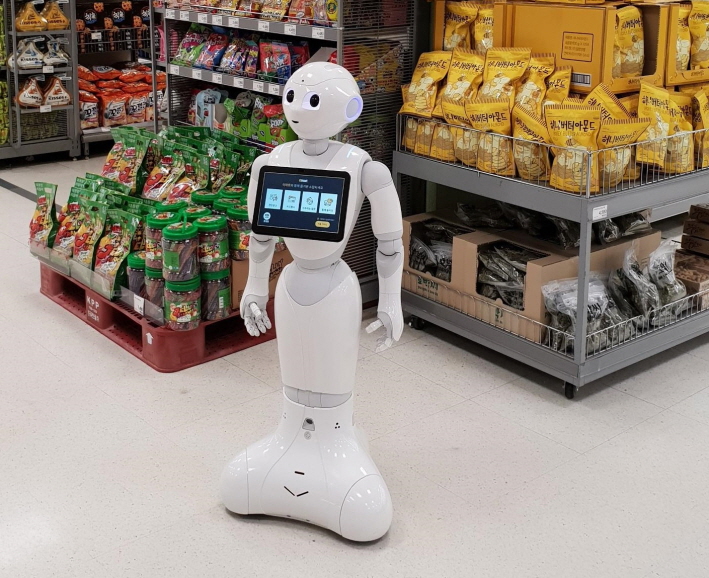 SEOUL, May 9 (Korea Bizwire) — E-Mart Inc., South Korea’s leading discount store chain operator, said it launched a test operation of a robot to provide automated concierge service to shoppers on Wednesday, as the company moves to strengthen its competitiveness in its offline distribution network with cutting-edge technologies.

The proof of concept for the “robot concierge,” dubbed Pepper, will be operated at one of the E-Mart outlets in Seoul for about three weeks, the company said.

The release came less than a month after the firm unveiled an autonomous shopping cart, eli, for a four-day test run at its warehouse-style supermarket Traders in Hanam, just southeast of the capital city.

Earlier on Tuesday, the company signed a memorandum of understanding with Seoul National University to carry out joint research on the implementation of auto-driving robots in the retail sector.