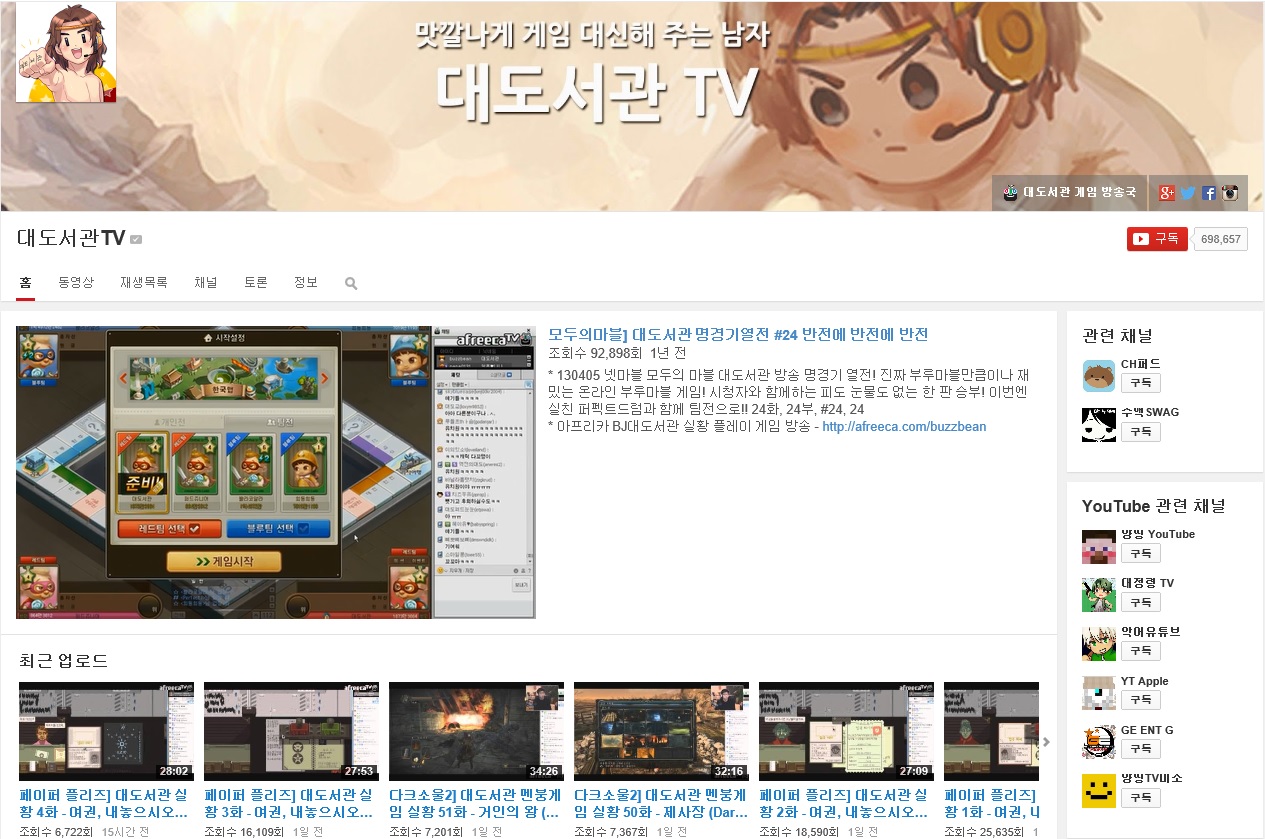 Nah Dong-hyun, a 36-year-old former programmer with SK Communications, makes about 20 million won a month for game casting. Sometimes his monthly income goes up as high as 35 million won, depending on the number of people clicking on his game casting videos on YouTube and elsewhere.

He has been doing this job for five years, spending 3-4 hours a day on Internet streaming video services such as Daum tvPot and AfreecaTV.

The biggest break for him came in 2012 when he began uploading 20 to 30-minute videos on YouTube. His videos, combining game casting with his raconteur-like storytelling skills, have attracted an explosive popularity even among young female users in their teens and 20s who had never played computer games before.

For the past one year alone, he uploaded more than 1,000 game videos, with the cumulative number of views exceeding 680,000. Every time the user views commercial messages on the videos, some of the ad income goes to his bank account. That’s how he makes money as much as some highly sought-after entertainers.

There are other equally popular casters such as Yang Ji-young, better known as her online handle “Yangting” and Kim Dae-hyun (“Big Ghost”) who boast regular subscribers by the several hundreds of thousands.

This trend has been no doubt accelerated by people watching videos on their smart devices anywhere. The fact that mobile games like “Any Pang” have become household names was another reason for the mainstreaming of these game casters.