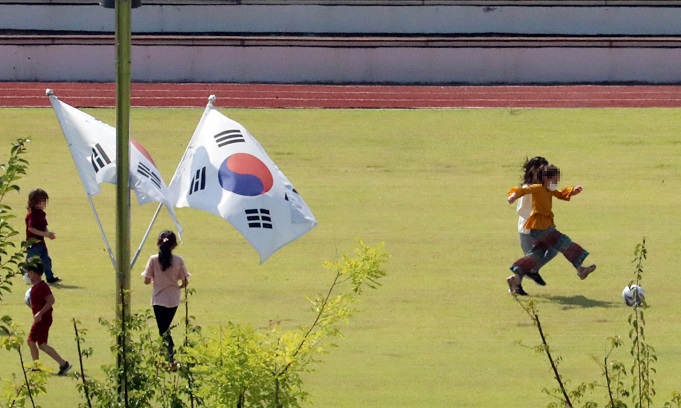 SEOUL, Sept. 29 (Korea Bizwire) — The government on Wednesday started assimilation programs for Afghan evacuees who settled in South Korea in August upon fleeing their country after it was taken over by the Taliban.

Various programs, offered by relevant ministries, are aimed at helping them learn the language, get familiar with the culture and more easily assimilate into Korean society.

The Ministry of Justice runs the Korea Immigration and Integration Program (KIIP) with a goal to teach them Korean culture and language, along with sports sessions for children, such as football and taekwondo.

The ministry’s programs cover a variety of subjects ranging from crime prevention to the understanding of Korean law and financial system.

The Ministry of Education focuses on long-term language and counseling programs, both online and offline, especially for kids, and provides the parents with essential information about the Korean education system.

“The ultimate goal of these programs is to help them lead an independent life in Korea,” the justice ministry said in a press release.

“The government will continue to provide necessary job training and education, tailored to individual demands, for their independence and assimilation,” it added.

In August, the government evacuated 390 Afghan co-workers and their family members, including 190 young children and teenagers, under a military mission, as they faced possible Taliban retaliation for having supported foreign operations.

The Afghan evacuees include medical professionals, vocational trainers, IT experts and interpreters who worked for Korea’s embassy in Kabul and its humanitarian and relief facilities in Afghanistan, as well as their family members.

They have been temporarily staying at the National Human Resources Development Institute in the central county of Jincheon.