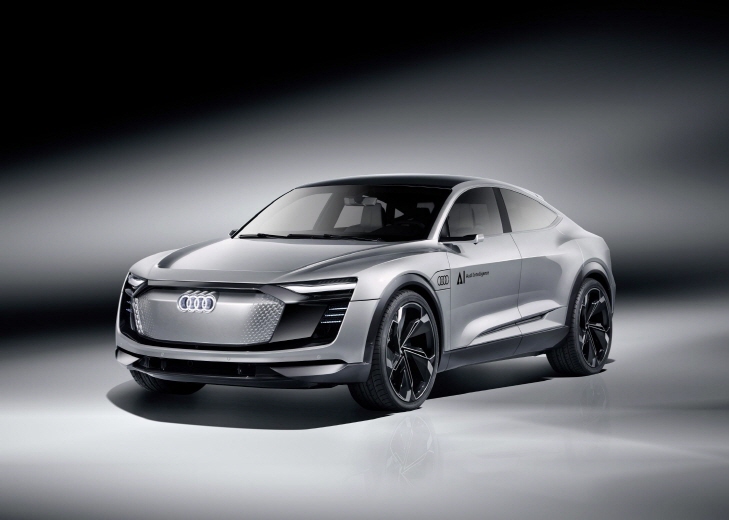 Audi Elaine is an electric-powered SUV coupe that will allow for highly automated motoring even without a driver on board. (image: Audi Korea)

SEOUL, Jun. 8 (Korea Bizwire) — Having halted sales of its vehicles in South Korea after the onset of “dieselgate,” Audi Korea announced “Roadmap E Korea” on Wednesday in support of the nation’s electric car industry.

Analysts say the roadmap is a strategy aimed at regaining public trust in the company as Audi Korea tries hard to relaunch sales operations.

Audi’s business plan, which includes “Roadmap E Korea”, was unveiled at the “Audi Vision Night” ahead of the 2018 Busan International Motor Show at the Hilton Busan that opened today.

An official at Audi Korea said that the company will help create an environment where electronic car owners can use vehicles with ease.

In addition, the company agreed to install express charging stands at dealers and service centers nationwide as it awaits the launch of “e-tron,” Audi’s first mid-sized SUV to operate solely on electric energy.

As such, the carmaker is trying to elevate customer satisfaction by expanding its service infrastructure even before it starts selling its vehicles.

After being hit hard by the “dieselgate” scandal, Audi Korea is trying to normalize its business operations in Korea this year by introducing new car models into the market.

In March, it released its A6 35 TDI model, and in the year’s latter half, Audi will start selling a newer version of its A4 model with the goal of selling 15,000 vehicles.

This is just half the total number of Audi cars sold in 2014 before “dieselgate.”

Cedric Journel, Audi Korea’s managing director, said that regaining public trust will be his main priority in order to maintain growth that is sustainable.