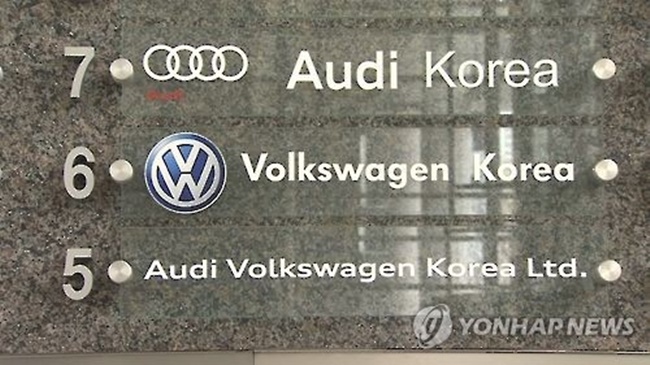 On July 25 last year, Audi Volkswagen Korea, which was selling passenger cars under marques such as Audi, Bentley, Lamborghini, Porshe and Volkswagen, voluntarily stopped selling its vehicles in the country. (Image: Yonhap)

On July 25 last year, Audi Volkswagen Korea, which was selling passenger cars under marques such as Audi, Bentley, Lamborghini, Porshe and Volkswagen, voluntarily stopped selling its vehicles in the country.

Back then, the Seoul government was about to ban the sale of almost all Audi and Volkswagen cars while imposing heavy fines on the German carmaker as it admitted last year of having falsified the U.S. emissions tests of some of its diesel-powered cars.

Audi Volkswagen Korea confirmed the ministry’s acceptance of its certification requests, without elaborating on the timetable for the restart of sales here.

“But all the models have yet to register their specifications and fuel efficiency with the (South Korean) government,” an Audi Volkswagen spokeswoman said over the phone.

“Once the carmaker finishes the remaining process, they can immediately resume sales here,” he said.

Meanwhile, the environment ministry said a more sophisticated process will be needed to allow the German company to resume sales of Volkswagen’s Tiguan SUV as it carried the emissions cheating software that triggered the so-called dieselgate in 2015.