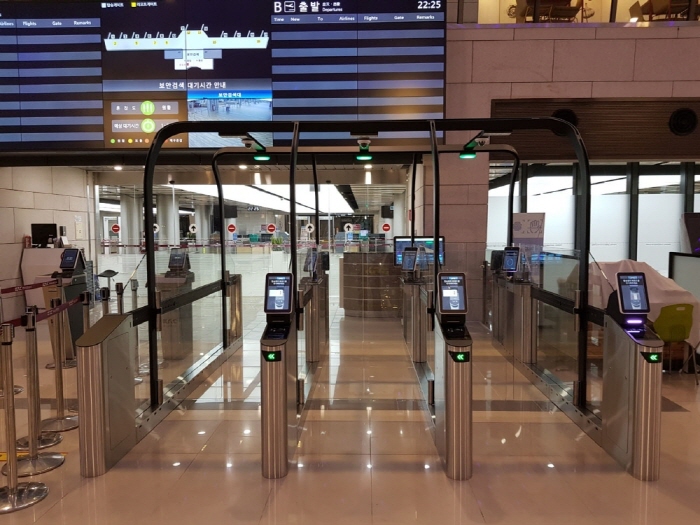 The ministry expected the move to increase the use of automatic immigration checkpoints by 40 percent for foreigners, which stood at 3.4 percent last year. (image: Korea Airports Corp.)

SEOUL, Jul. 2 (Korea Bizwire) — The Ministry of Justice reported that foreign tourists leaving South Korea will be able to use automatic immigration checkpoints immediately without prior registration starting on July 10.

Short-term visitors aged 17 or older who provided facial and fingerprint information when entering the country are eligible to use automatic passport control at the four airports in the nation, including Incheon International Airport, and the Port of Busan.

Until now, South Koreans who have been issued resident registration cards, registered foreigners aged 17 and older, and those who report their residence were only exempted from automatic immigration.

The ministry explained that foreign tourists who have a short stay in the country for less than 90 days can use automatic analysis technology to check their identity in real time due to the high accuracy of fingerprints and facial information provided upon arrival.

However, foreigners who have been suspended from leaving the country or who have overstayed their visa in South Korea are not allowed to use the automatic immigration inspection system.

The ministry expected the move to increase the use of automatic immigration checkpoints by 40 percent for foreigners, which stood at 3.4 percent last year.

The measure set by the ministry is aimed at making the immigration checkpoints more convenient for foreign tourists to leave the country during the peak summer season and easing congestion at departure gates.