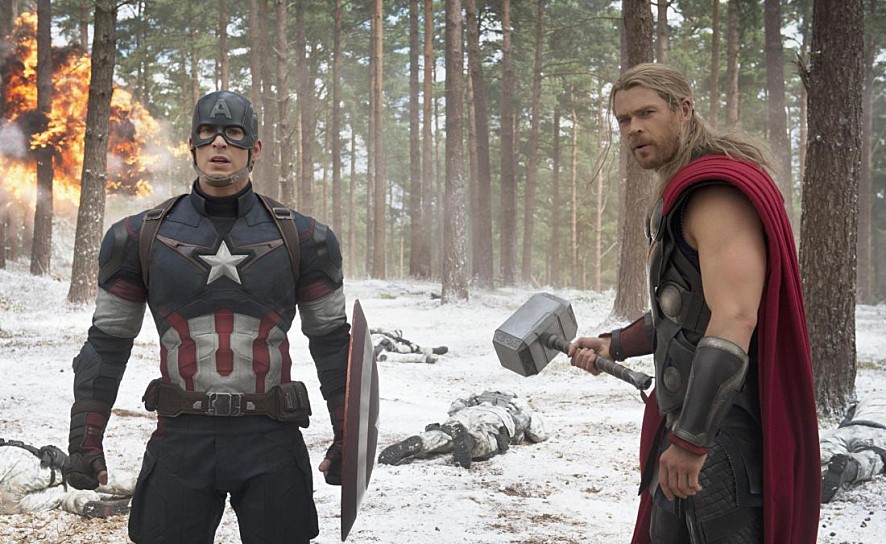 According to Walt Disney Company and the box office of the Korean Film Council (KOFIC), the film had attracted 4.1 million viewers by April 29. (image: still image of Avengers 2)

According to Walt Disney Company and the box office of the Korean Film Council (KOFIC), the film had attracted 4.1 million viewers by April 29. Some 620,000 fans watched the movie on April 23, the day it was released.

The film was the fastest to reach the 4 million viewer mark, beating rival foreign films including Avatar (11 days), Frozen (15 days) and Interstellar (10 days). In addition, it surpassed Korean mega-hit films like The Host (7 days), The Thieves (8 days) and Masquerade (16 days).

With a number of holidays coming up for May Day (May 1) and Children’s Day (May 5), more viewers are expected to gather at theaters to watch the movie, which was partly filmed in Korea last year.

The Avengers sequel has received wide public attention as some scenes were filmed in Seoul’s major downtown areas, including Gangnam, Sangam-dong and Mapo. The star-studded cast visited Seoul last week and heightened expectations for the film.

In addition, Korean actress Soo Hyun (Claudia Kim) was cast in the movie, and teamed up with the superheroes to take on the villain Ultron and fight against his destructive plans.