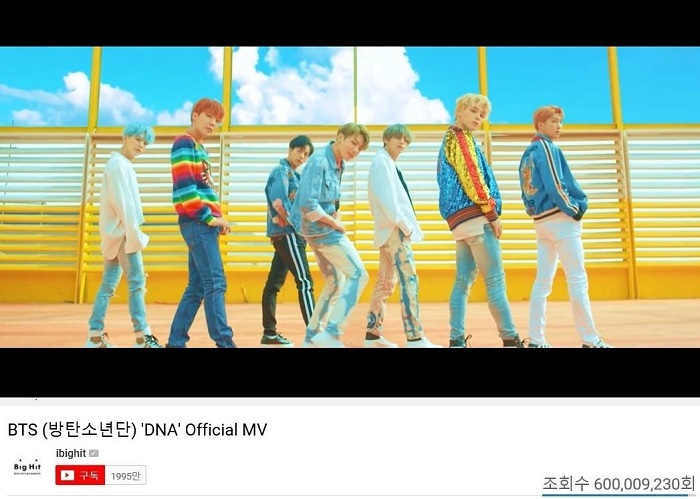 Since its release in September 2017, “DNA” made it to Billboard’s Hot 100 on four consecutive occasions. (image: Big Hit Entertainment)

The music video uses various transitional effects as if going through virtual space to visually express the idea that “the two of us were destined to meet since the beginning, and our DNA was one,” as written in the lyrics.

Since its release in September 2017, “DNA” made it to Billboard’s Hot 100 on four consecutive occasions.

The song earned a Gold Certification from the Recording Industry Association of America (RIAA) in February of last year.