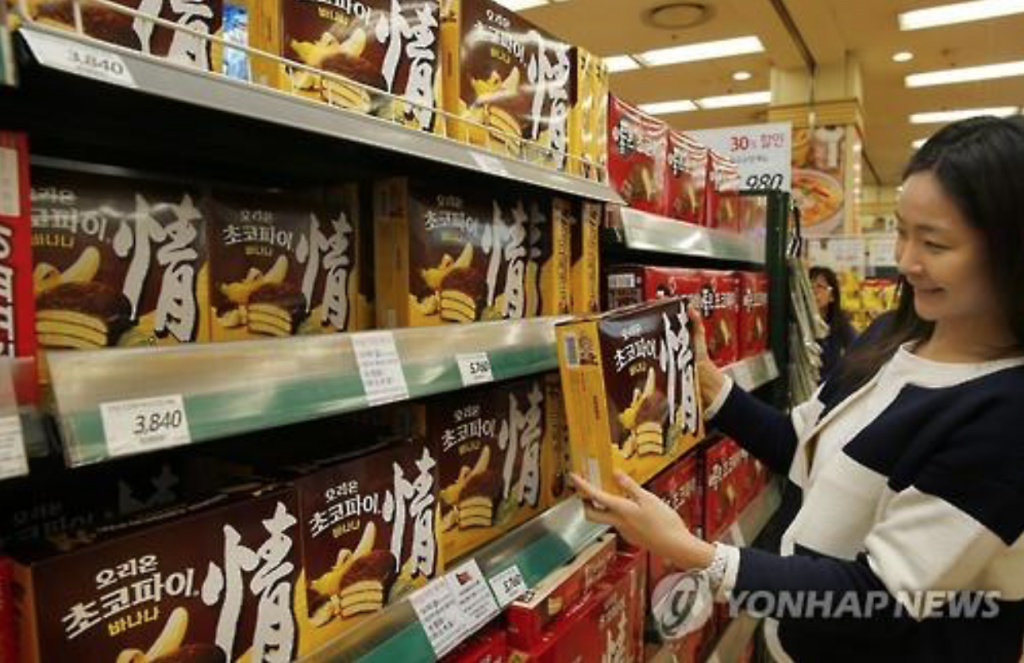 SEOUL, July 22 (Korea Bizwire) – Banana-flavored snacks may not be selling as much as before, but they are still a big help in pushing up overall snack sales, retailers’ data showed Friday.

Banana has been the new honey for the market, replacing the craze over potato chips with sweet taste. Makers of chocolate pie snacks reaped instant success when they marketed the same snack in banana flavor in March.

According to retail giant E-Mart, snack sales in the first quarter only grew 0.5 percent compared with the same period last year, but after banana-flavored munchies appeared in the market, sales grew 10 percent in April. They jumped 17.3 percent in June.

Banana flavor cannot take all the credit for the boon, since related product sales have been slowing. The new market entrant marked a 140 percent increase in the month following its release in March but reversed to a 9.5 percent fall in April and 51.1 percent decrease in June.

“The popularity of banana pies is slowing, but the new products apparently attracted customers to the snack section and pushed up snack sales,” an E-Mart official said.

The phenomenon is a repeat of when snacks with honey first came out in January last year. With the fervor over the sweetened chips continuing throughout all of 2015, snack sales at E-Mart went up for the first time in four years.

“Breakouts of new products in the snack market, like Honey Butter Chips and banana flavor, entice customers who usually don’t enjoy eating snacks to buy them up, and this helps snack sales in general,” said Kim Hyo-soo, who oversees the snack section at E-Mart.