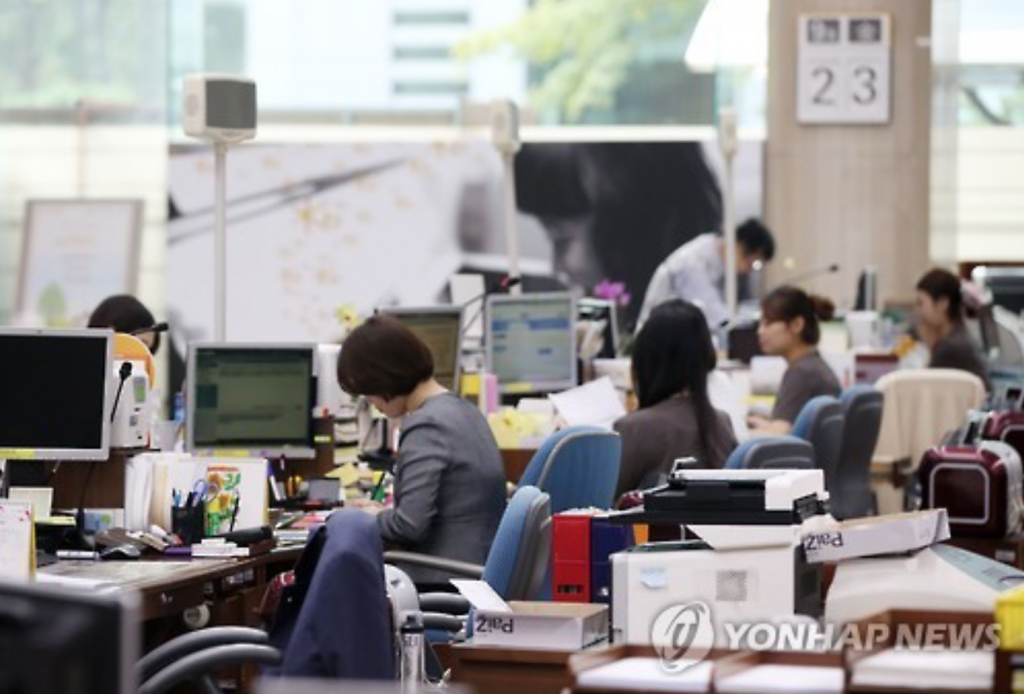 The combined workforce of lenders operating in the country stood at 114,775 as of the end of last year, down 2,248 employees from a year earlier and the largest on-year decline since 2010, according to the data by the Financial Supervisory Service.

The number of bank branches and representative offices also hit the skids last year as more clients resorted to automated teller machines (ATMs) and cash dispensers (CDs) instead of visiting windows in person.

Market watchers expected the banking industry’s downsizing drive to gather further steam down the road as they are likely to focus more on mobile banking and ramp up efforts to reduce operations.

Some banks are striving to encourage more clients to use mobile banking and plan to allow customers to withdraw cash at convenience stores across the nation.

Other lenders are poised to introduce flexible working hours and two-shift systems while setting up small-scale, self-service offices in keeping with the falling workforce, according to sources.