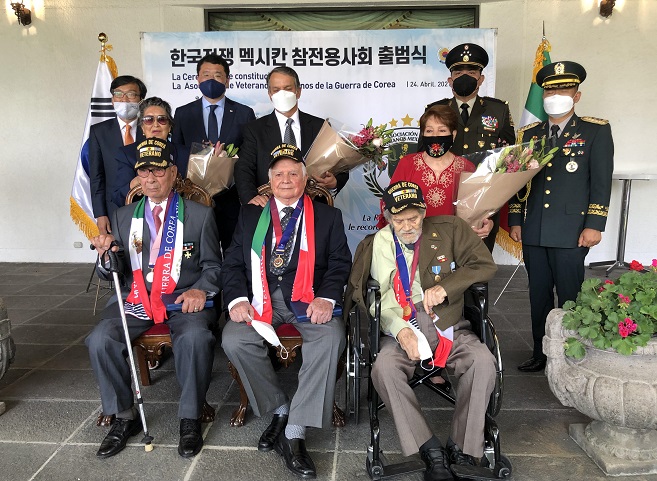 Participating in the event were three surviving war heroes, along with the families of numerous others accross the country who joined online.

Korean War veterans in Mexico have more or less been left out, since they weren’t included among the 16 nations that officially joined the war, despite having aided South Korea with food and medical supplies.

Last year, during the 70th anniversary of the Korean War, however, the heroic sacrifices made by Mexicans who fought on the Korean peninsula as part of the U.S. forces began to receive attention.

Bruno Figueroa Fischer, Mexican ambassador to South Korea, said that 10 percent of some 1.8 million U.S. troops who fought in the Korean War were Hispanic, among whom more than 100,000 soldiers were likely to be Mexicans.

These numbers easily outstrip the 5,000 or so troops sent from Colombia, the only Latin American nation that officially joined the Korean War.

South Korea’s First Vice Foreign Minister Choi Jong-kun was present at the opening ceremony, naming each and every surviving war hero from Mexico.

“Your sacrifices have made South Korea the world’s 10th largest economy,” Choi said.