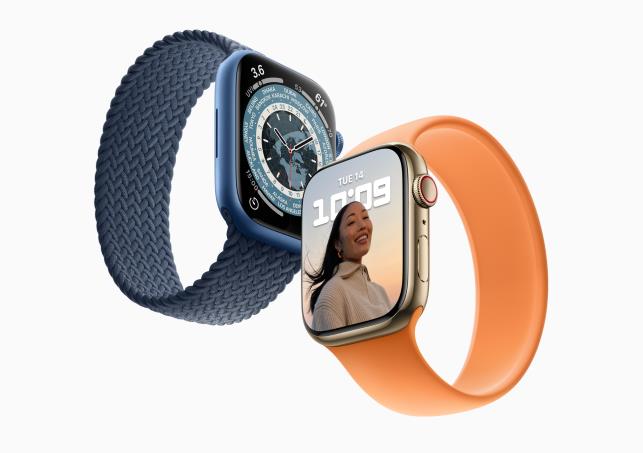 The release came as the pandemic-driven stay-at-home trend and rising health concerns have fueled the popularity of smartwatches fitted with health care and fitness features.

The latest Apple smartwatch comes with a 20 percent bigger screen and a 40 percent thinner body than the Apple Watch Series 6. Its battery runs for 18 hours, like the previous model, but charges 33 percent faster.

It also supports advanced health and fitness tools, including an ECG app that records one’s heartbeat and rhythm using the electrical heart sensor. Preorders began last Friday, with prices from 499,000 won (US$420).

The Galaxy Watch4 comes in 40mm and 44mm variants, with the starting price for the LTE models set at 299,200 won here.

It also supports features that allow users to measure body fat level and monitor their blood pressure, blood oxygen level and irregular heartbeats. Its battery runs up to 40 hours.

Consumers still have to wait for around four weeks to get their hands on the new product due to supply constraints, which industry officials say are expected to be resolved by this month as the company has pumped up its production. 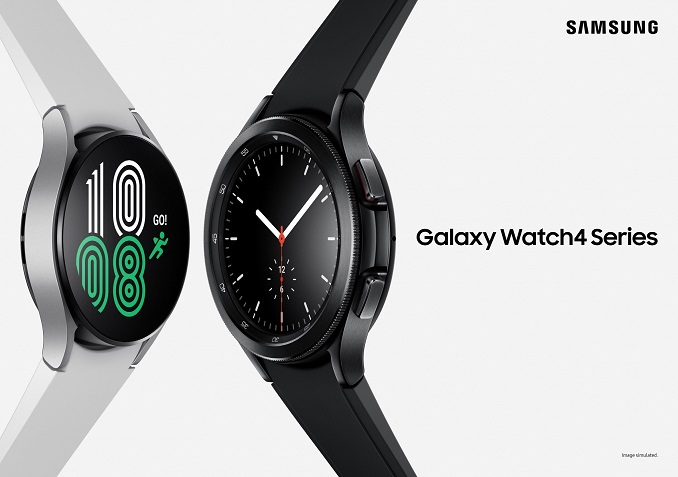 The two rival tech giants have also stepped up their collaboration with luxury brands as part of efforts to target more fashion-savvy young consumers and expand an ecosystem of accessories and their portfolios of limited-edition mobile products.

Last month, it released the Galaxy Watch4 Classic Thom Browne Edition. Apple has been working with the French luxury brand Hermes, among others, for aesthetic and unique strap options.

According to industry tracker Counterpoint Research, Apple was the world’s largest smartwatch vendor with a market share of 28 percent in the second quarter.

Samsung was the No. 3 player with a 7.6 percent share behind China’s Huawei, which registered a 9.3 percent share.

Samsung, however, gained a 0.8 percent market share while Apple lost 2.1 percent in the wearable devices industry that overall grew by a whopping 27 percent from a year earlier.