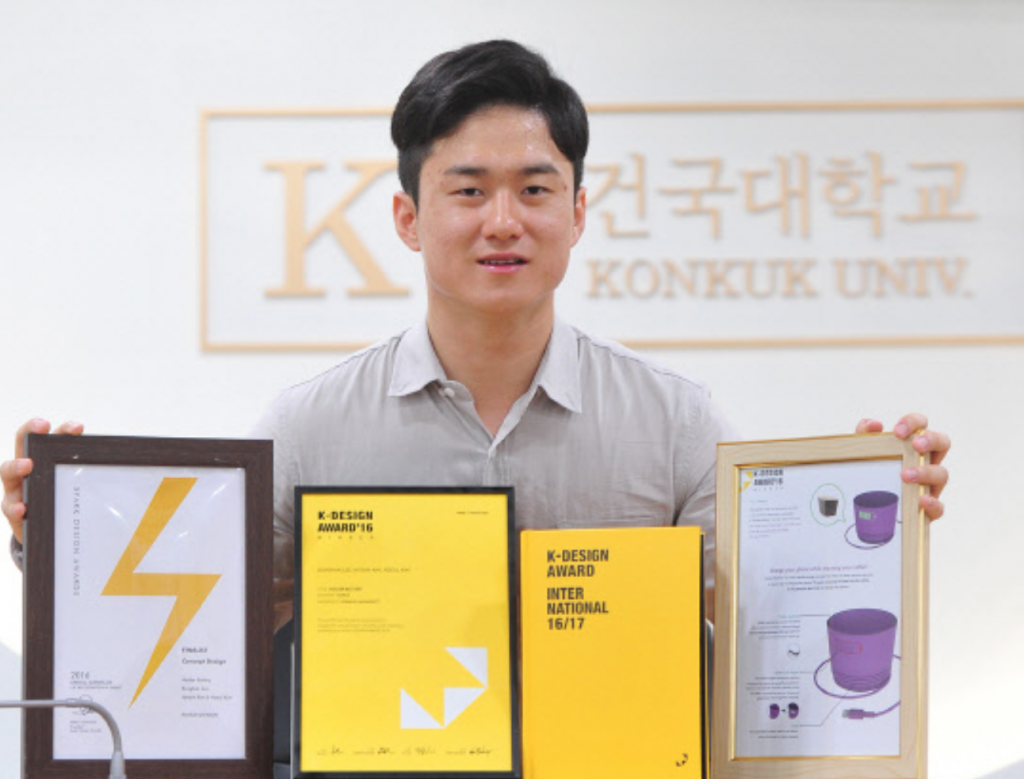 “I want to contribute to the society by creating something that can improve our environment, just like the Holder Battery.” (image: Konkuk University)

SEOUL, Aug. 29 (Korea Bizwire) – A 24-year-old student at Konkuk University has become the first person to come up with the idea of a smartphone-charging cup holder after realizing the excessive number of disposable holders going to waste at cafes every day.

Lee Bong-hak, a computer engineering major, has won two international awards for his innovative idea dubbed the ‘Holder Battery’, which was highly regarded for its environmental friendliness, and sleek design. Thermochromic pigment on its surface allows users to visualize its battery level.

Lee was the ‘Winner’ (third place equivalent) of the K-Design Award, one of three major design contest exhibits in Asia, and among the Finalists in the Spark Design Awards, a high-profile international contest alongside IDEA (the International Design Excellence Awards), the Red Dot Design Award, and the iF Design Award.

As an engineering student with no education in design, he had teamed up with design students Kim No-eul (24) from Kookmin University, and Kim Hyo-shin (27) from Hongik University. 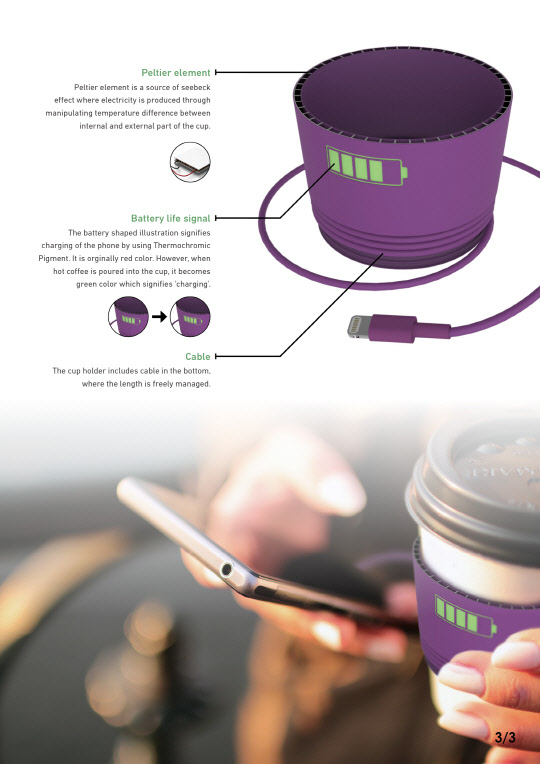 According to Lee, his product uses what is called a “Seebeck effect,” in which electricity is produced from the temperature difference between the internal and the external parts of the cup.

“At least in concept, heat from a single cup of coffee can charge a smartphone to a hundred percent,” said Lee. “Manufacturing it with the current technology will still give us about 5 percent of a battery charge. So I think commercialization would be possible within the next five years.”

In fact, Lee already has a record of creative product designs for which he has received several awards. As a high schooler, he invented an LED board on which Go players can play against computers, and electricity-generating trekking poles that light up using energy from sticks pressing down on the ground.

Lee developed his interest in inventing from his father who also filed several product patents in his lifetime. Lee is currently planning to launch his own startup company next year using his creative ideas.

“I want to contribute to society by creating something that can improve our environment, just like the Holder Battery.”