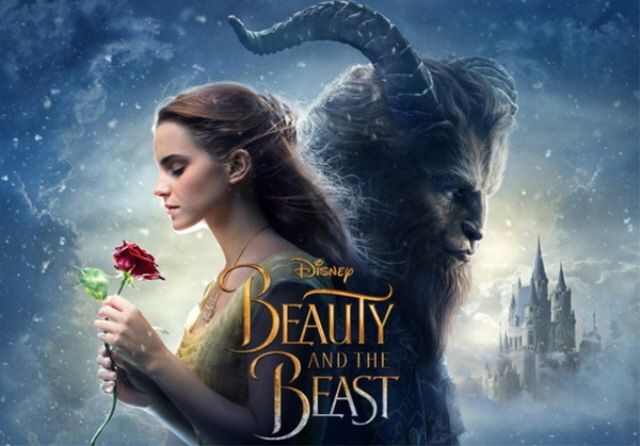 According to the Korean Film Council, the smash hit drew 651,889 moviegoers in its third weekend of release from March 31-April 2.

It is a live-action version of the animated classic starring Emma Watson and Dan Stevens.

The count brought the film’s cumulative total to 4.12 million as of 3 p.m. Monday, the highest record for all films that have ever opened in March in South Korea.’

The runner-up was the Korean crime thriller “The Prison” with a solid 513,881 in attendance.

Starring Kim Rae-won and Han Suk-kyu, the film tells the story of prisoners who commit crimes in the outside world and return to their cells every night. It is the directorial debut of the veteran screenwriter Na Hyun of “Mokpo, Gangster’s Paradise” (2004), “May 18″ (2007), “Forever The Moment” (2008) and “South Bound” (2013).

“Ghost in the Shell,” the Scarlett Johansson-starring adaptation of the popular Japanese manga, nabbed third place on the chart, picking up 392,305 views. The movie was released Wednesday.

The domestic crime-action film “One-Line,” another newcomer, came in fourth with 197,240 in attendance.

The top five was rounded out by “Hidden Figures,” an American drama about three female African-American NASA mathematicians during the space race of the 1960s. The film sold 78,590 tickets.