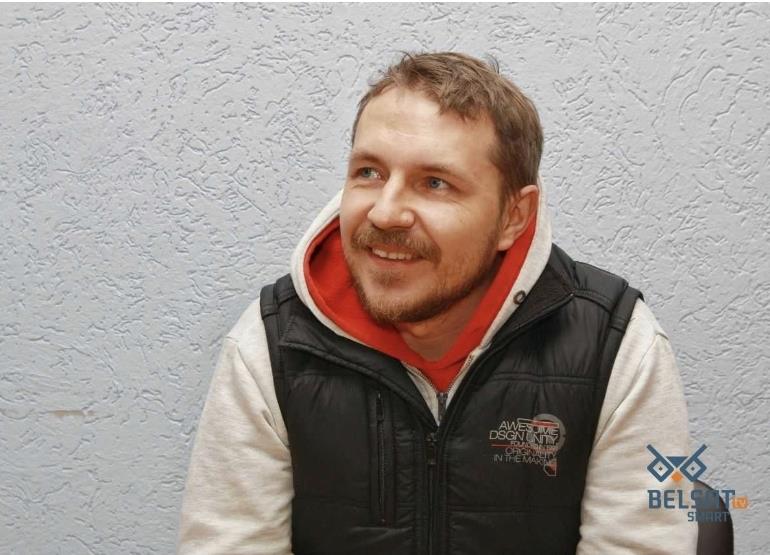 SEOUL, Sept. 4 (Korea Bizwire) — A Belarus video journalist has been awarded the inaugural Hinzpeter Awards, which commemorates the late German reporter, the first western journalist to send out footage of the bloody crackdown on South Korea’s pro-democracy uprising in the early 1980s.

Mikhail Arshynski, a cameraman for Poland-registered satellite broadcaster Belsat, was selected as the first recipient of the grand prize, “The World at a Crossroads Award,” among 25 candidates from 13 countries, the Hinzpeter Awards Organizing Committee said Wednesday.

He has contributed to a documentary titled “Don’t be Afraid,” covering the political repression by the incumbent President Alexander Lukashenko against opposition party candidates during the 2020 presidential election.

“His concerns and efforts to shed light on electoral fraud by the authoritarian government at the risk of his personal safety are in line with Hinzpeter’s spirit to herald the tragedy in Gwangju and the democratization of South Korea,” the organizing committee said.

In the news category, two anonymous video journalists from Singapore’s CNA network were honored for their coverage of police violence during a large-scale demonstration against a military coup in Myanmar.

Italian freelance journalist Bruno Federico was named the winner of the award for filming migrants’ journey through the perilous Darien Gap between Colombia and Panama in hopes of reaching the United States. 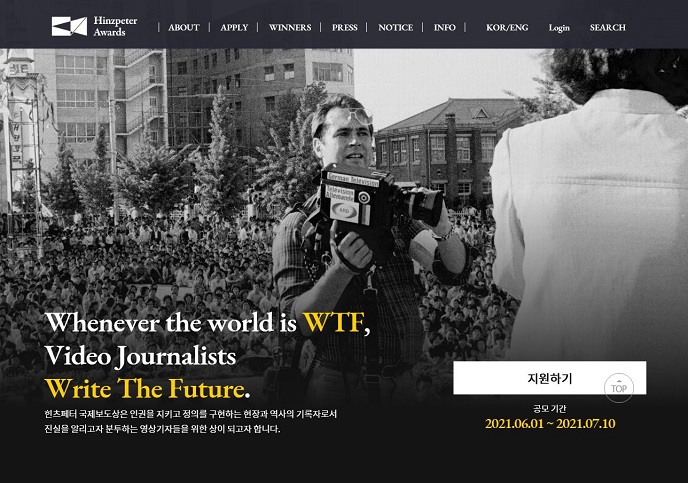 This photo provided by the May 18 Memorial Foundation shows the website for the Hinzpeter Awards.

The Hinzpeter Awards was created earlier this year to remember German journalist Jurgen Hinzpeter’s spirit behind his on-the-ground coverage of the May 18 Democratization Movement and reflect on South Korean video journalists’ failure to fulfill their role.

The German, then a Tokyo correspondent for German public broadcaster ARD-NDR, was the first western journalist to send out footage of the bloodshed.

He gained further fame after being portrayed in “A Taxi Driver,” a 2017 box-office success that drew more than 10 million viewers in South Korea.

On May 18, 1980, the military cracked down on demonstrators, including students, protesting against then President Chun Doo-hwan, who had taken power in a military coup a year earlier.