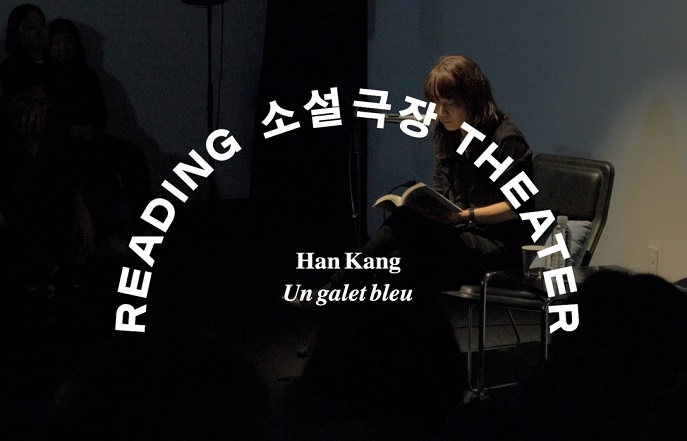 This image, provided by the Korean Cultural Center in Brussels (KCCB), shows a scene of the “Reading Theater” program held by the center. YouTube videos on four South Korean writers reading their short stories will be shared through KCCB’s official YouTube channel.

SEOUL, Nov. 24 (Korea Bizwire) — The Korean Cultural Center in Brussels (KCCB) said Tuesday it has kicked off an online program offering recitals of South Korean novels by the authors themselves.

The KCCB said it will release one recital by each author every Monday for four weeks until Dec. 14, and provide subtitles in French and Dutch.

Han Kang read “Blue Stone” from her 2012 novel “A Yellow Patterned Eternity” on Monday, and Hwang Jung-eun’s “Falling” from her book “Passi Enters the World” will come out next week.

It is the first time the novels are being translated into French and Dutch, according to KCCB.

“We hope the videos can deliver comfort amid lockdowns in most European countries due to the resurgence of the new coronavirus pandemic,” Kim Jae-hwan, the director of the KCCB, said.

“We also hope this can serve as an opportunity for European readers to read more Korean literary works.”