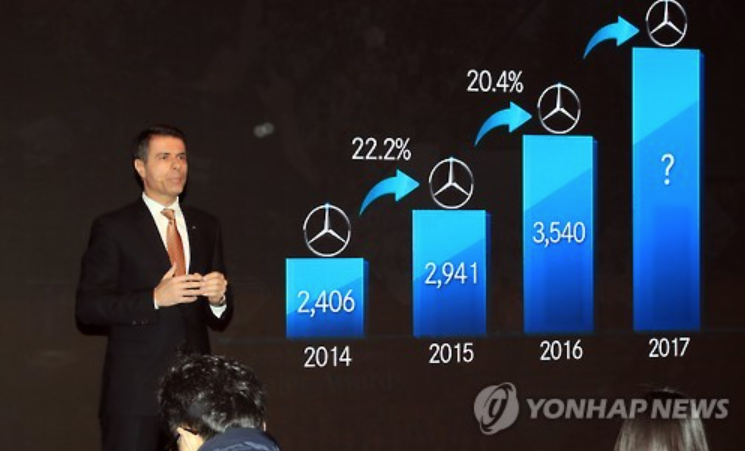 Such a move will require up to 200 billion won (US$169 million) in new investment that will create some 1,000 new jobs, he said while meeting with reporters in Seoul.

The aggressive investment plan follows a record year for the local distributor of the luxury German vehicle.

In 2016, sales of Mercedes Benz Korea came to 56,343 cars, spiking 19.9 percent from a year earlier while the annual sales of all imported vehicles dropped 7.6 percent on-year.

The 2016 tally also marked more than 25 percent of all imported cars sold here the same year, according to earlier data from the Korea Automobile Importers and Distributors Association.

As an apparent show of gratitude, Psillakis said his company planned to provide some 4 billion won in corporate responsibility funds to be used in various community projects this year, up from 3.1 billion won in 2016.