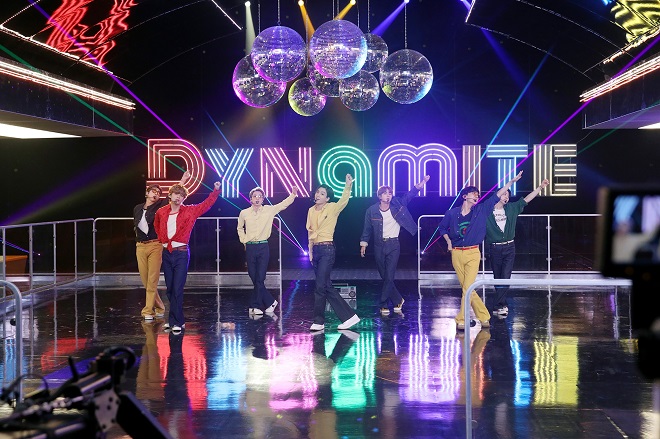 Net profit stood at 86.2 billion won (US$77.6 million) in 2020 on a consolidated basis, compared with 72.4 billion won the previous year, the company said in a regulatory filing.

“Even with COVID-19, we were able to post our best-ever results thanks to our solid business structure,” the company said in a press release.

“Together with the continued growth of artists under Big Hit labels, our strategy is to keep expanding the scope of our business through inorganic growth methods, such as mergers and acquisitions.”

Moreover, it said, Big Hit will continue to pursue growth by collaborating with outside partners, such as Universal Music Group.

The agency said its fourth quarter results in 2020 were also its best-ever for a quarter, posting 312.3 billion won in sales and 52.5 billion won in operating profit, an increase of 117 percent and 122 percent, respectively, from the same period in 2019.

The company attributed its stellar performance to strong album sales and growth in its business sectors.

Album sales in 2020 reached 13.22 million, led by BTS, Seventeen, Tomorrow X Together and Enhypen, it said.

In its business sectors, concert sales dropped due to COVID-19, but sales of official merchandise, content and fan club-related items grew by 53 percent, 71 percent and 66 percent, respectively, from 2019.

Big Hit has recently made an aggressive push beyond its focus as a management agency, going public on South Korea’s main stock market KOSPI in October last year and clinching a deal with local tech giant Naver Corp. last month to combine their fan community and video streaming platforms.