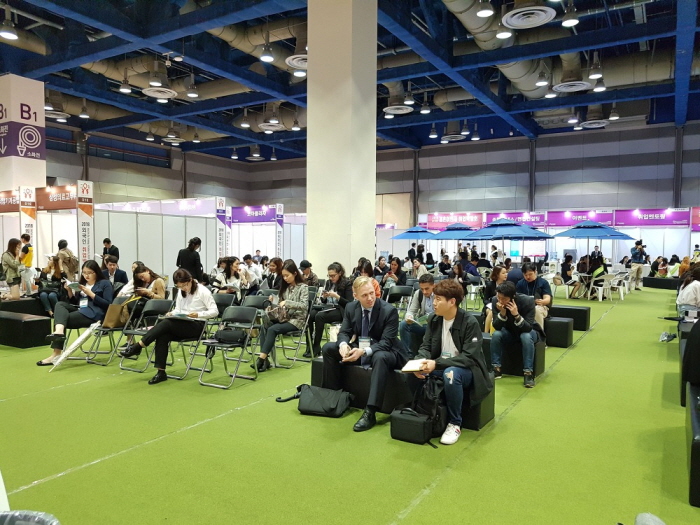 A job fair for foreign students under way at COEX in Seoul. (image: Seoul Business Agency)

SEOUL, Apr. 22 (Korea Bizwire) — Foreigners acquiring a bachelor’s or higher degree in South Korea may soon find it easier to become naturalized here, as a group of lawmakers have proposed easing the nationality law to help overcome the nation’s population reduction.

Rep. Kim Kyung-jin of the minor opposition Party for Democracy and Peace said Monday that he and nine other lawmakers have jointly tabled a motion to revise the Nationality Act to the National Assembly, seeking to ease the rules on simplified naturalization.

The proposed revision calls for allowing foreigners earning a bachelor’s degree or higher in South Korea to be naturalized as a Korean citizen. It also obliges the government to flexibly devise and implement its nationality policies depending on special and economic circumstances.

“The government has spent several hundreds of trillions of won over the past decade to overcome the population crisis caused by the severe low birthrate but failed to attain any visible outcomes,” Kim said.

“Our country should also implement a policy of naturalization that actively accepts foreign talent.”

The lawmaker said the proposed legal revision was based on the opinions of government officials and experts gathered from a forum in February.

Kim said the current naturalization policy is focused on multicultural families based on international marriages and lacks consideration of foreign students and talent.

“If talented foreigners will be able to become naturalized in South Korea more easily through the proposed legal revision, it will be helpful in resolving social and labor problems caused by the population reduction,” Kim said.

“As the population problem is a serious matter directly linked to the national fate, we will continue to make efforts to improve the nationality system in the future.”