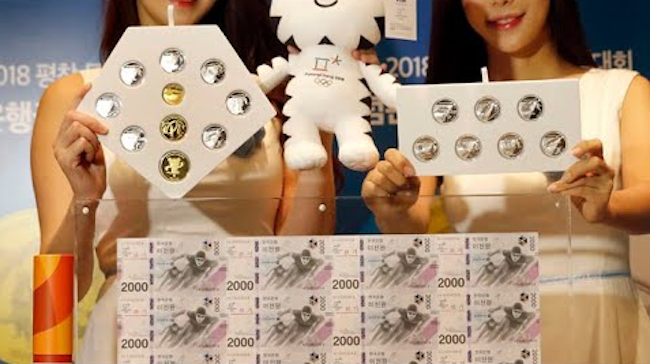 The first commemorative bills to be printed in South Korea, each bill is reported to have a manufacturing cost of 200 won.

The proceeds from the sale will go to the Pyeongchang Organizing Committee for the 2018 Olympic and Paralympic Winter Games. 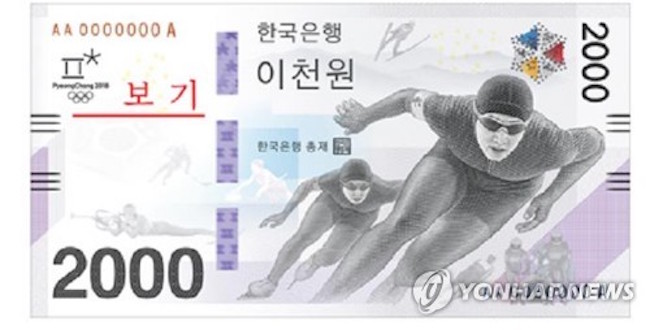 The bills went on sale on September 11 but closed after approximately one week due as the entire stock of 40,000 24-bill uncut sheets and 210,000 2-bill uncut sheets sold out. The bills are to be delivered from December 11 to 15.

Demand for standalone bills was also high. Retailer Poongsan Hwadong pointed out that standalone bills were also sold out at certain banks, even though a certain portion of bills intended for foreign markets had been redistributed to domestic supply.