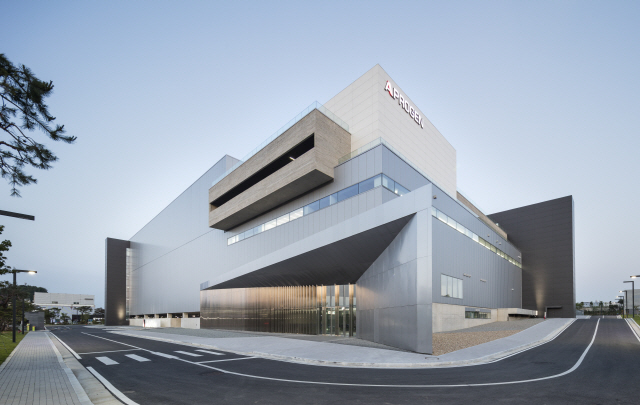 Aprogen was registered as a unicorn company with a valuation of more than US$1 billion by CB Insights, a tech market intelligence platform.

Aprogen is a venture enterprise founded with proprietary technologies in antibody engineering and recombinant protein engineering.

Since being founded by a professor at the Korea Advanced Institute of Science and Technology (KAIST), the company has successfully established several cell lines for blockbuster biosimilars, including Remicade and Herceptin.

It also started clinical development of multiple biosimilar products in Japan through an alliance with Nichi-Iko Pharmaceuticals Co.

As of the registration, the United States has a total of 210 unicorn companies, followed by China with 102, the United Kingdom with 22 and India with 18.

Musinsa, the No. 1 player in online fashion platforms, became the 10th company to win unicorn status after attracting over 200 billion won in investment from a group of global venture capital firms last month.

The Seoul government has continued to support startups to become unicorns with a valuation of more than $1 billion, as they could become new growth engines for the Asia’s fourth-largest economy.