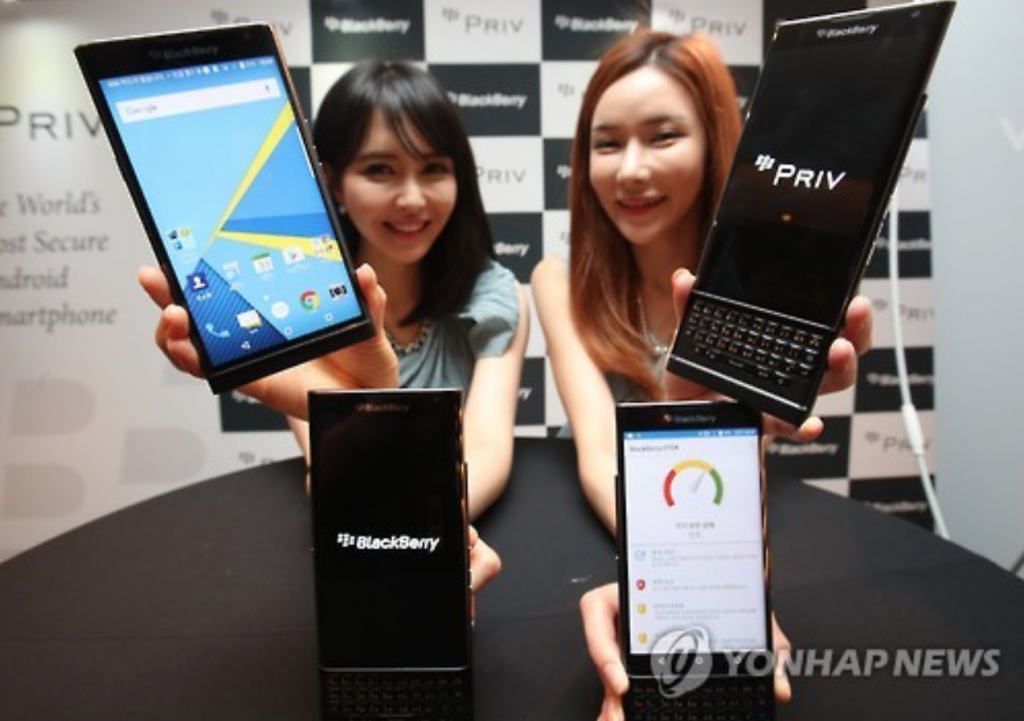 It is BlackBerry’s first smartphone launched in South Korea since it pulled out of the Korean market three years ago.

The launch of the PRIV smartphone in the Korean market came as foreign smartphone makers, such as Japan’s Sony and China’s Huawei, are seeking to gain market shares in the country’s medium-range smartphone market.

The PRIV smartphone is the first-ever BlackBerry smartphone powered by the Android operating system.

It features a dual-curved screen, touch and physical keyboards, state-of-the-art high-definition camera and a long-lasting battery, according to the company’s website.