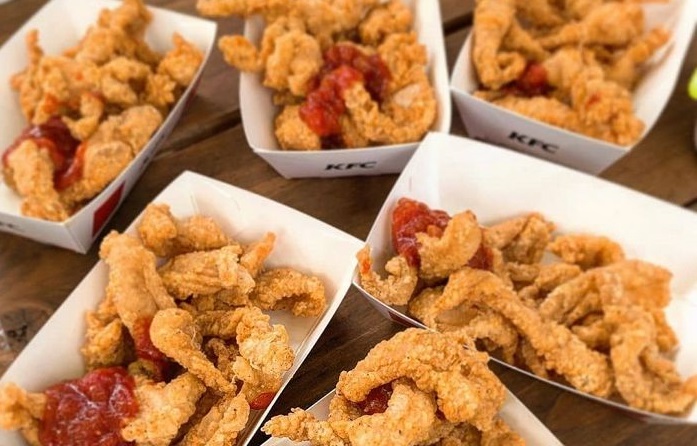 SEOUL, Jan. 29 (Korea Bizwire) — Skin snacks such as pig skin are gaining popularity as a growing number of Koreans are staying indoors to avoid the coronavirus.

Gmarket, an online shopping mall, reported that snacks made with pollack skin were 21 times higher from January 1 to 25 compared to the same period last year.

Some foods commonly understood as ‘side dishes’ have even acquired permanent seats on the menu.

In May of last year, fried chicken skin became a permanent fixture on the menu at the chicken franchise.

Foodmaker Daesang Corp. recently released fried chicken skin packs that can be cooked with an air fryer at home.

“More consumers are looking for snacks made with animal skins for home-alone drinking as the coronavirus pandemic drags on,” said a source familiar with the food industry.