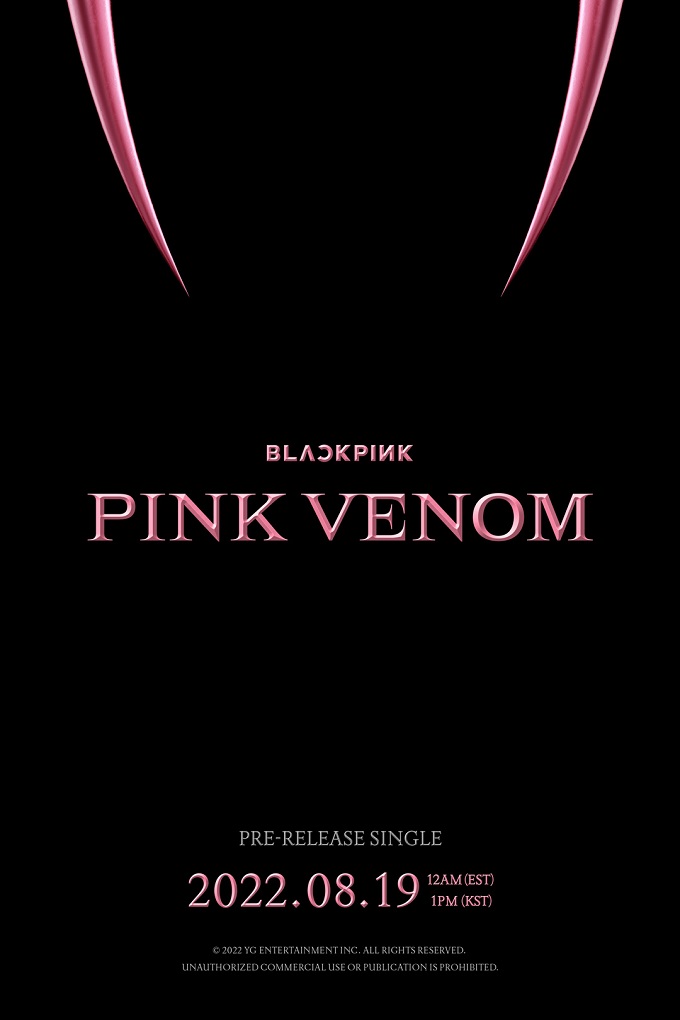 A teaser image for “Pink Venom,” provided by YG Entertainment

The song and its music video will hit various music streaming services and YouTube at 1 p.m. on Aug. 19, YG Entertainment said.

“The combination of the color symbolizing BLACKPINK and the word meaning poison is intense,” a company official said.

A week ago, the quartet said in a teaser video that it will prerelease some of the highly anticipated album’s tracks this month before dropping the album in September. In October, the group will begin its largest-ever world tour to meet its international fans.

The upcoming album will mark the band’s first project with all four members in one year and 10 months.

The last release by the entire group was in October 2020 with the band’s first full-length album, “The Album,” including the main single “Lovesick Girls” and “How You Like That,” a prereleased song.