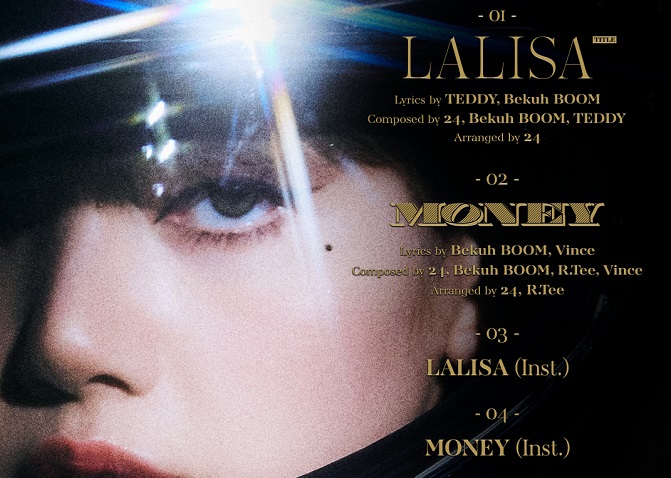 SEOUL, Sept. 6 (Korea Bizwire) — Lisa, a member of K-pop girl group BLACKPINK, will release a “dynamic” hip-hop song as her first single as a solo artist, her label said Monday.

The rapper-dancer is set to drop her debut solo album “Lalisa” on Friday, containing the single of the same name and “Money,” and the instrumental versions of both songs, according to YG Entertainment.

“‘Lalisa’ and ‘Money’ are both hip-hop songs that stand out for their dynamic rhythm and melody, as well as their spunky rap,” the company said. “It’s time for Lisa’s dares and abilities to properly shine.”

The 24-year-old from Thailand is scheduled to meet fans online an hour before the release of her single album, at noon Friday (Korean time) on Naver and TikTok.

Lisa is the third member of the quartet to debut as a solo artist, following Jennie and Rose.

She is known as the most followed K-pop artist on Instagram with more than 58 million followers.