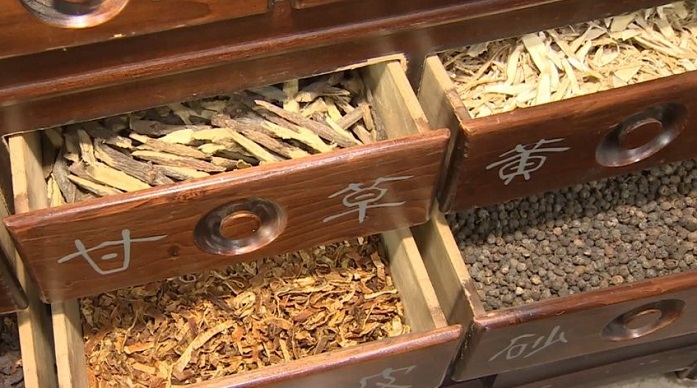 This file photo shows Korean traditional herbs that are used for medicine. (Yonhap)

DAEJEON, Sept. 9 (Korea Bizwire) — A Korean traditional medicine used to treat obesity was found to be effective against depression.

A research team from the Korea Institute of Oriental Medicine said Wednesday that ‘Bang-pung-tong-seong-san,’ an oriental medicine used to treat obesity, is also effective against depression.

In a experiment, the team observed that the level of depression among rats dropped with the changes in the brain’s neurotransmitters.

The medicine was found to suppress inflammatory reactions during the process of neurotransmission known to cause depression and resolve the imbalance of neurotransmitters in the brain.

Compared to another animal experiment that used fluoxetine, one of the most common antidepressants, the rat dosed with the oriental medicine showed an equivalent level of positive reaction as shown by less immobile time during a tail suspension test and longer traveling distance.

The team plans to conduct a phase 2 clinical test to verify the effectiveness and safety of the medicine in treating depression.

Using an authorized medicine to create a new drug by adding other substances can reduce the cost and time of developing new medicines.