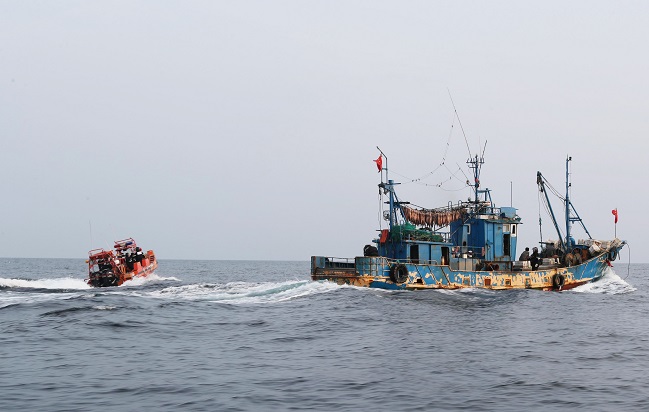 SEOUL, April 1 (Korea Bizwire) — With the approaching spring fishing season (April to June) for blue crab near the island of Yeonpyeong, illegal Chinese fishing vessels are appearing in large numbers near the Northern Limit Line (NLL), the border in the Yellow Sea.

The Central Regional Coast Guard Headquarters reported that an average of 20 illegal Chinese fishing vessels were observed near Yeonpyeong and Baekryeong islands during the closed season last month.

The numbers then grew to 112 ships per day this month with the spring fishing season approaching, an almost eightfold increase from last year.

Near the blue crab fishing grounds in Yeonpyeong Island, as many as 85 Chinese vessels appeared each day to engage in illegal fishing. 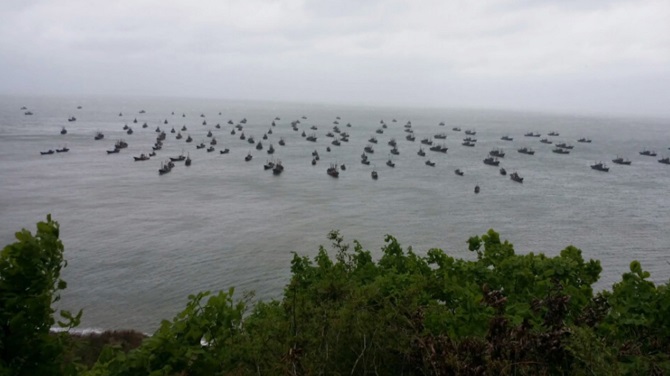 The Coast Guard explained a new Chinese law in February imposing further crackdowns on unregistered fishing vessels in China’s territorial waters may have led to an increased number of illegal fishing vessels near the NLL.

Moreover, the Coast Guard has been resorting to means of eviction and other contactless methods, instead of seizure, to drive out the illegal vessels, which also may have contributed to the increased numbers.

China’s stagnant job market is another factor, as it made it easier for illegal vessels to hire new crew members.