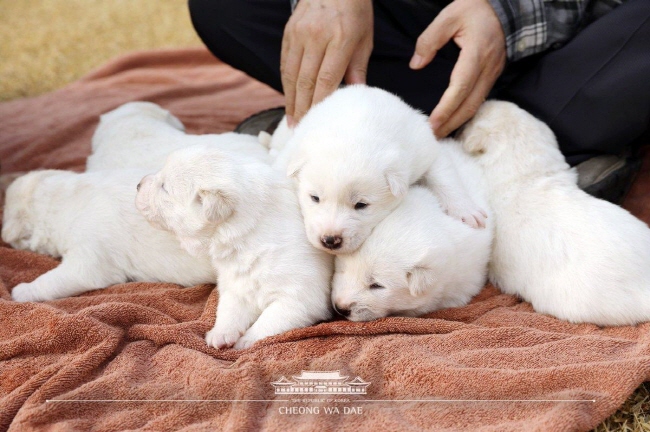 The Blue House tweeted that Gomi gave birth to her puppies on November 9, and posted pictures of President Moon and First Lady Kim Jeong-sook taking care of Gomi and her puppies.

“Gomi and all six puppies are doing very well,” the Blue House said.

Gomi is a female Pungsan dog that North Korean leader Kim Jong-un gave to President Moon as a gift when he visited Pyongyang last September for the historic inter-Korean summit.

Gomi, along with her male partner, Songang, passed quarantine and was delivered to South Korea on September 27.

“We are lucky to have six more puppies on top of the two dogs we received,” tweeted President Moon on November 12. “I wish for the same in our relationship with the North.” 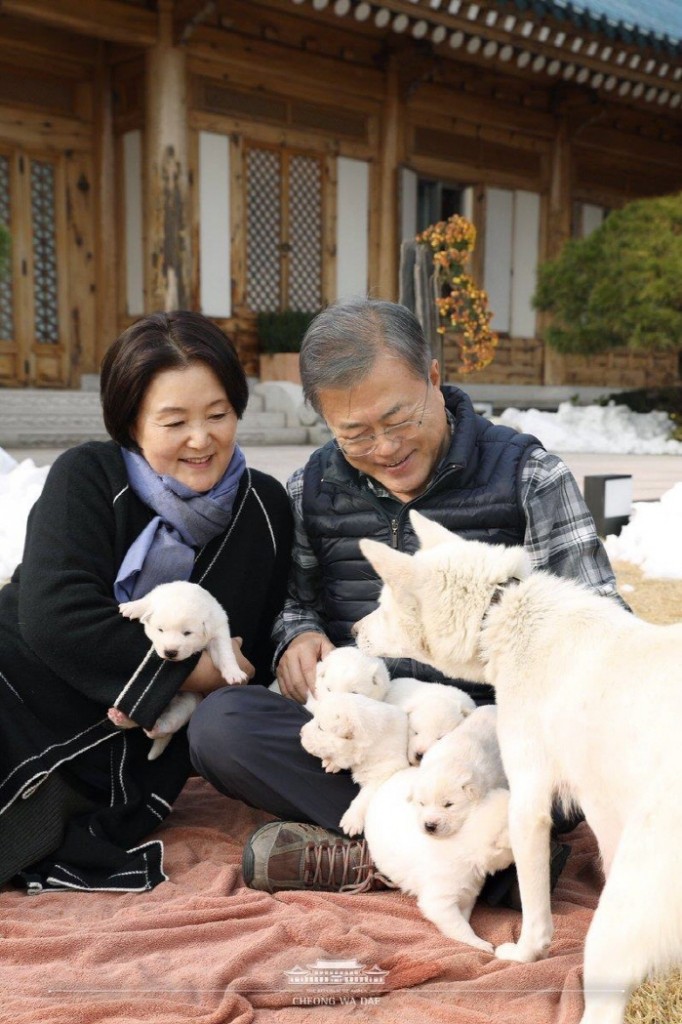