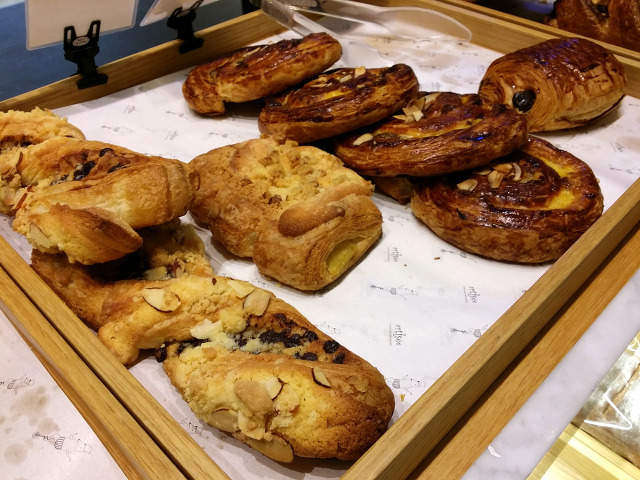 Due to changes in eating habits, the baking industry saw an increase of nearly 50 percent in sales over a four-year period.

According to a joint study conducted by the Ministry of Agriculture, Food and Rural Affairs and the Korea Agro-Fisheries & Food Trade Corporation (aT) that analyzed the changing trends of the industry, the average individual consumption rate for bread products per year was 90 units in 2016.

This was 12 more units than the 78 units consumed in 2012. Bread also jumped up from 21st to 15th on the list of the top foods consumed per day.

The study also found that men ate an average of 3.4 grams more bread than females every day.

The baking industry’s total production capacity in 2016 stood at 2.1 trillion won, which was an 11.8 percent increase from 1.9 trillion won four years ago.

The Ministry of Agriculture, Food and Rural Affairs stated that the production of comparatively unhealthy products such as doughnuts and pies had dropped.

The ministry said that branded bakeries offering specialty bread products were quickly increasing in number although franchise shops still accounted for 60 percent of the entire market for baked goods.

The ministry said that since 2012, hypermarkets have started to sell imported pastry products with extended shelf lives.

“Recently, though, exports to Italy, Taiwan, and Vietnam are on the rise,” explained one ministry official.

Imports from China also rose significantly, increasing more than fivefold over a period of five years.