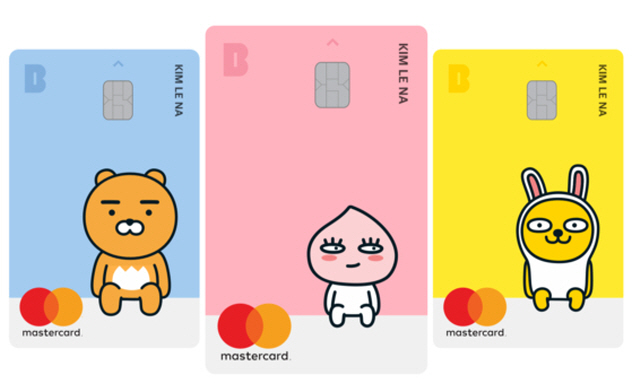 Promotional events are already under way before the official launch Wednesday for the debit cards that will be linked with Kakao Pay, officials said.

Kakao Corp. already has debit card services that are partnered with some commercial banks and credit card firms. It is the 10 percent owner of Kakao Bank, which issues debit cards. But this time, Kakao Corp. is the direct issuer of the card, providing an offline payment tool to more than 20 million subscribers of Kakao Talk.

The new business move is aimed at improving the company’s competitiveness with the likes of Samsung Pay and Payco, which both have offline services. A consumer survey in September showed that payments accounted for 80 percent of Kakao Pay use, compared with 93.3 percent for Payco and 87.7 percent for Samsung Pay.

Kakao Corp. will accrue 0.3 percent of the transaction amount in points and give emoticons as gifts. Users can apply for the card, monitor bill information and report stolen or lost cards through Kakao Talk, officials said.

One thought on “Kakao Corp. to Launch Debit Cards to Compete in Offline Payment Market”