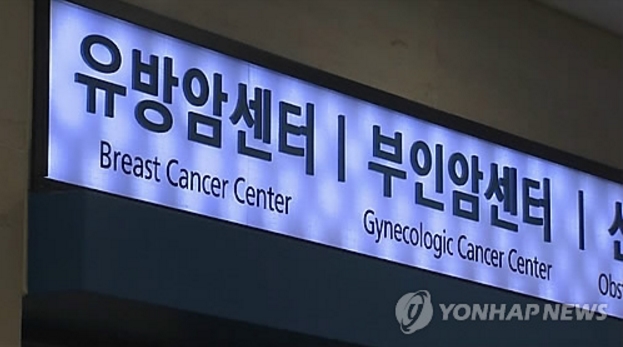 Early screening apparently improves the diagnosis rate of breast cancer. Even after the recurrence of the disease, effective treatment significantly increases the survival rate of patients compare to other kinds of cancer. (image: Yonhap)

SEOUL, July 25 (Korea Bizwire) – According to the National Health Insurance Service’s (NHIS) medical expenses report, the number of patients who were diagnosed with breast cancer in South Korea surged 36 percent from 104,293 in 2011 to 141,379 in 2015.

“Early screening apparently improves the diagnosis rate of breast cancer. Even after the recurrence of the disease, effective treatment significantly increases the survival rate of patients compare to other kinds of cancer,” said an official from the NHIS.

While the number of women who are affected by breast cancer is rising, medical expenses per person are declining.

“Younger women have to pay higher medical expenses because breast cancer metastasizes to the bone and other organs more frequently than other cancers, and they are more willing to undergo difficult treatments as well,” said Huh Ho, a professor at the NHIS Ilsan Hospital. “Younger women also choose to receive breast reconstruction surgery.”

Because the exact causes of breast cancer have yet to be determined, early and periodic screening is crucial for detecting the cancer.

Though the risk of developing breast cancer increases with age, estrogen levels in the body are also considered to be one of the most important risk factors.

Lifestyle patterns such as exercising, smoking, and drinking are closely related to the development of breast cancer, and experts advise women to maintain a healthy weight and stay away from alcohol and cigarettes to reduce the chances of developing the cancer.

Individuals who inherit BRCA1 or BRCA2 – human genes that produce tumor suppressor proteins – sometimes choose to go have a mastectomy (a surgical operation to remove breasts) and ovariectomy (surgical removal of one or both ovaries) as a precaution since mutations of BRCA1 and BRCA2 have been known to significantly increase the development of hereditary breast cancers and ovarian cancers in women.