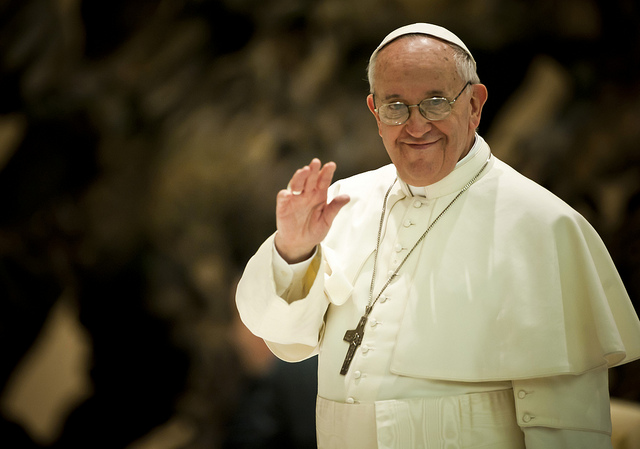 A total of 10 books related to Pope Francis was published during the first half of this year, a big increase comparing to 10 books in the whole year of 2013. (image: Catholic Church (England and Wales)/flickr)

SEOUL, July 16 (Korea Bizwire) – Thanks to the upcoming visit of Pope Francis to Korea in August, the Korean publishing world enjoys favorable sales of books related to the pope. Besides, a score of books on his apostolic exhortation, homilies and even his life has been published and gains the public’s attentions.

According to Kyobo Book Center, the largest book retailer in Korea, a total of 10 books related to Pope Francis was published during the first half of this year, a big increase comparing to 10 books in the whole year of 2013.

Throughout his public life, both as an individual and as a religious leader, Pope Francis has been noted for his humility, his concern for the poor, and his commitment to dialogue as a way to build bridges between people of all backgrounds, beliefs, and faiths. He is known for having a simpler and less formal approach to the papacy, most notably by choosing to reside in the Domus Sanctae Marthae guesthouse rather than the papal apartments of the Apostolic Palace used by his predecessors. In addition, due to both his Jesuit and Ignatian aesthetic, he is known for favoring simpler vestments void of ornamentation, by starting to refuse the traditional papal mozzetta cape upon his election, choosing silver instead of gold for his piscatory ring, and keeping the same pectoral cross he had when he was cardinal. (Wikipedia)

The sales are also hiking. The book retailer sold only 153 copies of books on the pope last May, but the sales escalated to 365 during June, more than two folds rise. Among the books published this year, “Evangelii Gaudium,” his first Apostolic Exhortation, “Pope Francis, Church of Grace,” a compilation of his homilies, and “10 Things of Pope,” written by famous scholar priest Father Cha Dong-yeop on his analysis of Pope Francis’s words and actions, led the list.

Meanwhile, Yes 24, an Internet book retailer, also announced that according to its own analysis of the sales of the 11 books published from the last year, the sales of the books on the pope increased to 632 in June from 263 in May.