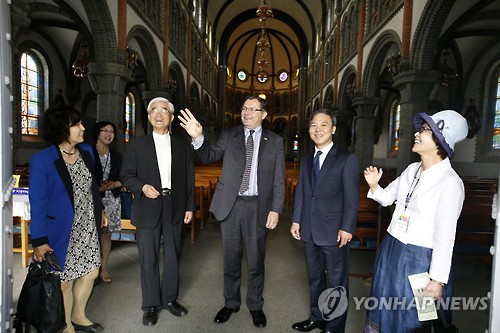 SEOUL, June 3 (Korea Bizwire) – While visiting the Hanok (Korean traditional house) Village in Jeonju, Charles Hay, the British Ambassador to Korea, could not hide his amazement at its splendid beauty. Ambassador Hay visited Jeonju on June 2, and enjoyed the traditional beauty of the village. While in the village, he looked around some 700 Korean traditional houses including Gyeonggijeon, where the portrait of King Taejo, the first king of Joseon Dynasty, is placed.

Walking through the alleys in the village, he experienced the harmony between nature and tradition. He said, “Jeonju is a very traditional city with a long history, and maintains its tradition very well. It was good chance to experience Korean culture.” 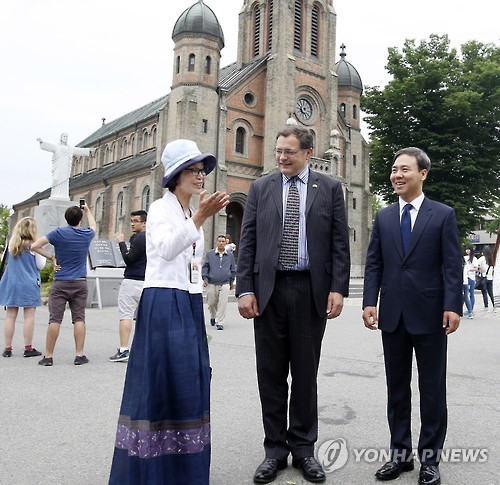