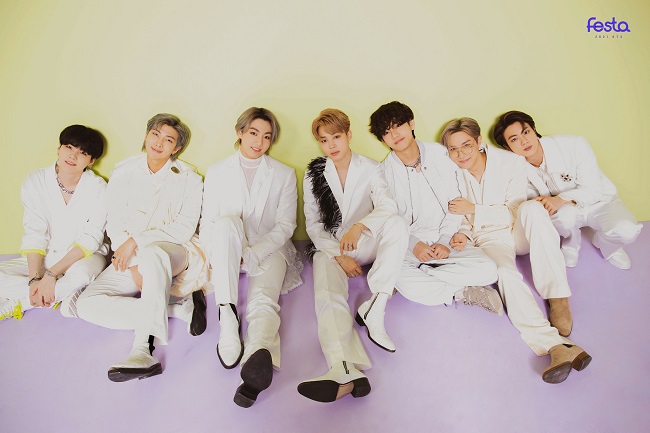 Shares in Hybe closed at 289,000 won on Tuesday, up 2.48 percent from the prior session and marking a four-day winning streak.

Tuesday’s closing price was well above the 258,000 won ($252) closing price recorded on Oct. 15 last year, or the day of its debut on South Korea’s main stock market.

Tuesday’s closing price is more than double its all-time low of 142,000 won, and Hybe shares have shot up 81 percent this year alone.

The jump in Hybe’s share price sent its market value surpassing the 10 trillion-won level for the first time Monday.

Hybe has recently been the darling of foreign investors. Foreign ownership of the agency soared to 11.15 percent, compared with 3.62 percent at the time of its market debut.

Industry watchers attributed the spike in Hybe share prices to the surging popularity of BTS, the seven-piece act that has emerged as the world’s biggest boy band.

The band’s latest single “Butter” racked up 108.2 million views in its first 24 hours of release on May 21, becoming the most-watched music video on YouTube in 24 hours since its debut.

The summery single “Butter” also ranked No. 1 on the latest Billboard’s main singles chart for the third straight week Monday, once again outrunning its own track record.

Given the popularity of BTS, local brokerage houses have upgraded their target prices on Hybe, with Eugene Investment & Securities Co. and Hana Financial Investment Co. offering 350,000 won and 360,000 won, respectively.

Last year, Hybe recorded a record operating income of 142.4 billion won on sales of 796.3 billion won on the continued popularity of BTS, despite the negative impact of the coronavirus pandemic on the entertainment industry.