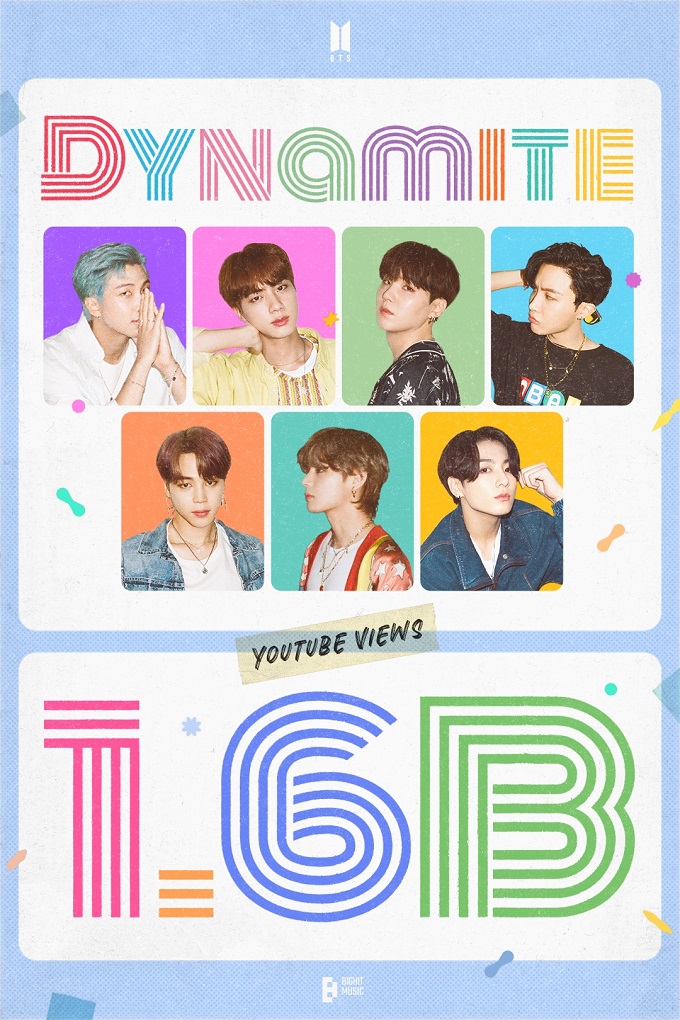 This image, provided by Big Hit Music on Nov. 22, 2022, celebrates 1.6 billion YouTube views for the music video for BTS’ “Dynamite.”

The video for the megahit single released in August 2020 reached the milestone at 4:26 a.m., Big Hit Music said.

“Dynamite,” the first English-language song from BTS, is an upbeat disco-pop song about joy and confidence.

The song made BTS the first Korean act to debut at No. 1 on the Billboard Hot 100 main singles chart in 2020 and won the group its first Grammy nomination.

Including “Dynamite,” BTS now has 39 music videos with more than 100 million views.