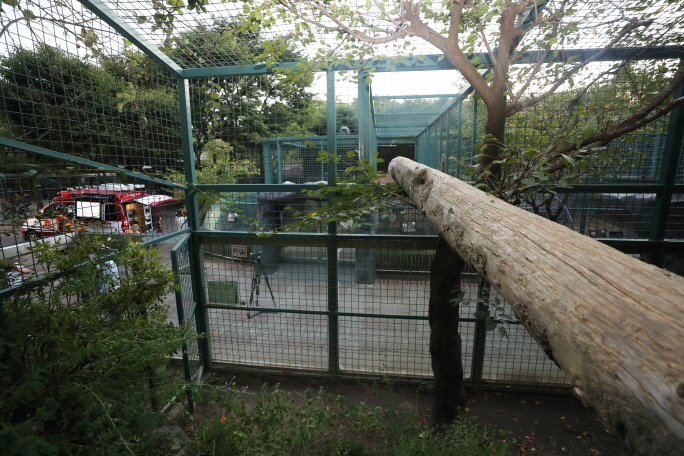 On the Blue House’s website, over 50 petitions had been registered by yesterday, calling for the punishment of zoo personnel who were responsible for allowing the escape to happen. (image: Yonhap)

SEOUL, Sept. 20 (Korea Bizwire) — After the death of Pporongi, a puma that had called a zoo in Daejeon its home before being shot and killed after escaping from its cage, public sentiment is highly negative due to the nature of how officials tried to handle the situation.

As many start to question whether the killing of the puma at the zoo, O-World, was justifiable, many others are starting to become more interested in the inherent rights of wild animals that are put on display at the numerous zoos found across the country.

On the Blue House’s website, over 50 petitions had been registered by yesterday, calling for the punishment of zoo personnel who were responsible for allowing the escape to happen.

Following news reports about the puma’s death that were published on Naver, a popular portal website, over 1,200 comments have been posted.

Thousands of petitioners and online users have questioned whether the countermeasures performed by the zoo’s rescue operation team were appropriate, and whether the killing of the puma was truly necessary.

The O-World official who found the puma on the loose shot the animal with a tranquilizer gun, but the anesthesia was not effective enough, prompting the official to kill Pporongi.

One online petitioner wrote that human safety was indeed a priority, but questioned the method that was carried out to contain the situation.

“If the tranquilizer did not work at first, couldn’t they have aimed for another shot in order to capture the puma alive?” asked the petitioner.

Many members of the public expressed sorrow regarding the fact that the puma had to live its entire life in the confines of zoo cage before it was killed.

People felt even more heartbroken after finding out that the puma had to be taken down because the cage had been left unlocked, which is a human error rather than a problem caused by the puma.

One netizen lamented, “The puma was not even able to run far away, dying within the zoo premises.”

Another netizen wished Pporongi well in its afterlife, saying, “In your next life, I hope you can roam around the forest instead of being kept locked up in a cage.”

After the incident, many people are voicing their opinions, calling for an improvement of living conditions for zoo animals or even the abolition of zoos altogether.

On the Blue House’s online petition forum, numerous posts are advocating for the “revocation of zoos” and “better living environments for animals.” 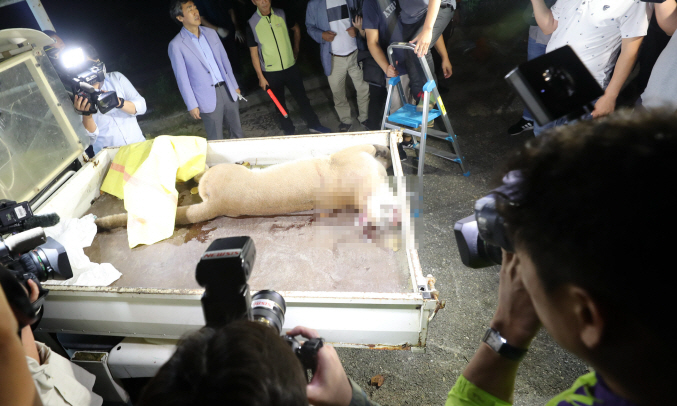 The animal rights group said that the death of the puma could have been avoided if the concentration of the anesthetic dosage had been properly controlled. (image: Yonhap)

Animal rights activists say that there needs to be more public interest regarding animals that are kept locked up in tight quarters, a factor contributed to heightened stress levels in the animals.

The animal rights group CARE cited several past instances in which animals had escaped from zoos in which the “recapture of the animals was necessary but shooting them was not.”

In a press released, CARE stated that even if capturing an animal was impossible, it was not a necessity to have it killed.

“It’s understandable that the government is trying to appease the public, but a more effective and humane measure must be considered,” said the statement.

The animal rights group said that the death of the puma could have been avoided if the concentration of the anesthetic dosage had been properly controlled.

“If the tranquilizer gun had been shot several times, the death might not have occurred,” according to Care’s statement. Care also called for a reconsideration of the necessity of zoos that exhibit wild animals like the puma.

The Care official questioned the effectiveness of zoos and emphasized that new zoos should be prevented from opening.

The official offered an alternative such as a simulator program that could allow people to experience animals, as similar programs are currently available in other parts of the world.

But Daejeon City Corporation, the operator of O-World, explained that the fatal measure was necessary “for the safety of the city’s residents.”

At a press conference held at Daejeon City Hall yesterday, Yu Yeong-gyun, the CEO of the Daejeon City Corporation apologized for the safety hazard brought on by the incident, but stated that the killing of the puma “was according to the manual because the sun was setting.”