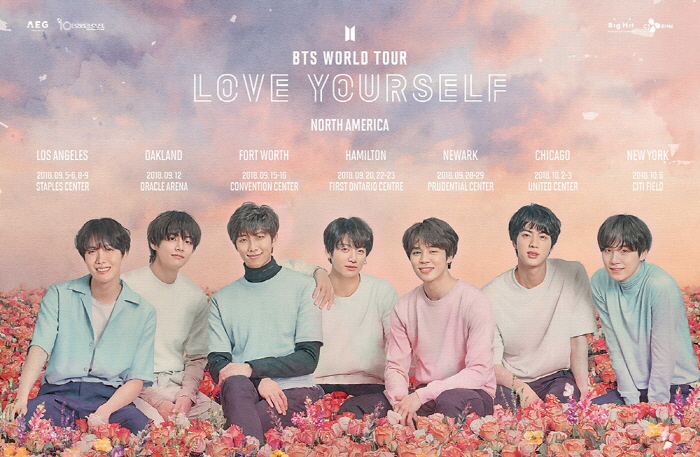 SEOUL, Oct. 16 (Korea Bizwire) — Thanks to the rise of the Korean pop band BTS, sales of the group’s latest album released this year are expected to jump compared to last year.

According to the Korea Music Copyright Association, the value of copyright fees collected from BTS’ new album during the first three quarters of this year was tabulated at 15.5 billion won.

The Korea Music Copyright Association said that the copyright fees allowing for the duplication and use of music depend on the number of albums churned out.

“It’s very rare throughout copyright history to see an increase of copyright fees near 50 percent compared to the year before,” said an official at the association, attributing the jump in copyright fees to the world-wide K-pop phenomenon.

BTS’ third regular album, “Love Yourself: Tear” has sold 1.75 million copies after its release earlier in the year.

Other K-pop groups such as EXO, Wanna One, Red Velvet, Twice, GOT7, and MONSTA X also enjoyed an increase in album sales this year due to their heightened popularity overseas.