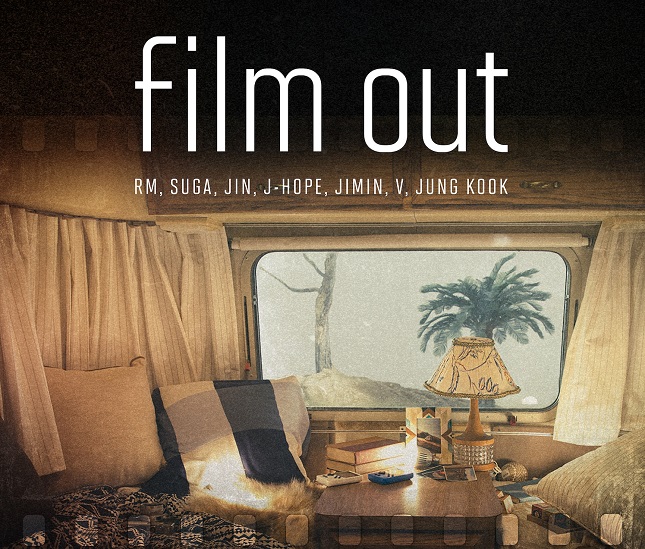 This image provided by Big Hit Music on April 4, 2021, shows the cover for BTS’ Japanese single, “Film Out.”

After making it on the Billboard’s main singles chart with its Korean and English songs, the group landed its new Japanese single on the Hot 100.

“Film Out,” the seven-piece act’s Japanese single released on April 2, ranked No. 81 on the Hot 100 chart Billboard announced on Tuesday (U.S. time).

“Film Out” is the first BTS single sung in Japanese to enter the Hot 100. The group’s fourth Japanese full album “Map of the Soul: 7 – The Journey” earlier rose to No. 14 on the main albums chart.

Co-written by BTS member Jungkook, the song will be included on the group’s upcoming Japanese compilation album, “BTS, The Best,” due out on June 16.

With the latest feat, BTS now has songs in three languages — Korean, English and Japanese — that have entered the Hot 100.

Last year, the group made history by becoming the first K-pop act to top the chart with its all-English summer hit “Dynamite.” “Life Goes On” also debuted at No. 1 a few months later, becoming the first song entirely sung in Korean to reach the top spot.

“Film Out,” meanwhile, continued to make a splash in Japan. The latest data from Japanese music chart Oricon showed that the song sat atop its weekly streaming chart with 11.7 million plays.

Noting how BTS broke 10 million streams with “Dynamite,” Oricon said the septet is the first male act to have achieved the weekly milestone with two songs.