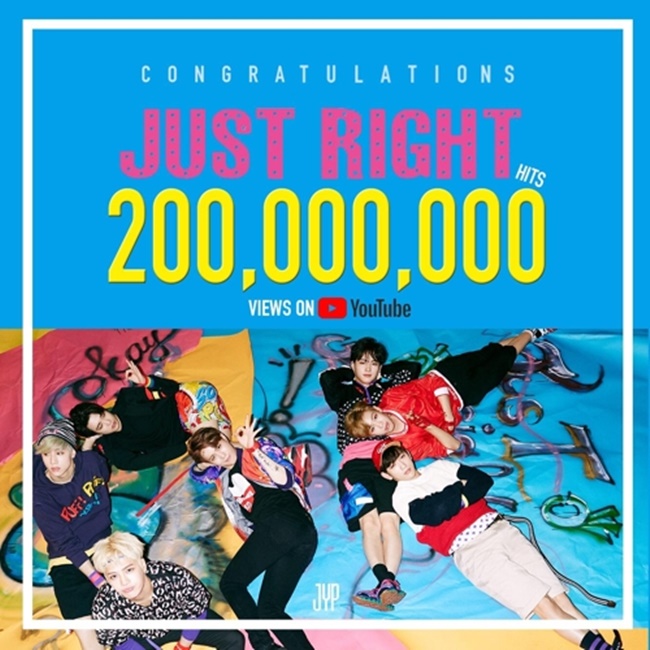 This promotional image was released by JYP Entertainment in celebration of 200 million YouTube views reached by the video for GOT7′s “Just Right.” (Image: Yonhap)

The title track off GOT7′s third EP, released in 2015, passed the threshold at about 1 p.m., JYP Entertainment said.

GOT7 now have two music videos that have garnered more than 100 million views – the other being “If You Do.”

The seven-member boy band will begin a 17-city world tour at Seoul’s Jamsil Gymnasium on May 4. The tour will later take the group to Bangkok, Paris, Los Angeles, New York City, Mexico City and Buenos Aires and Santiago, among other cities.