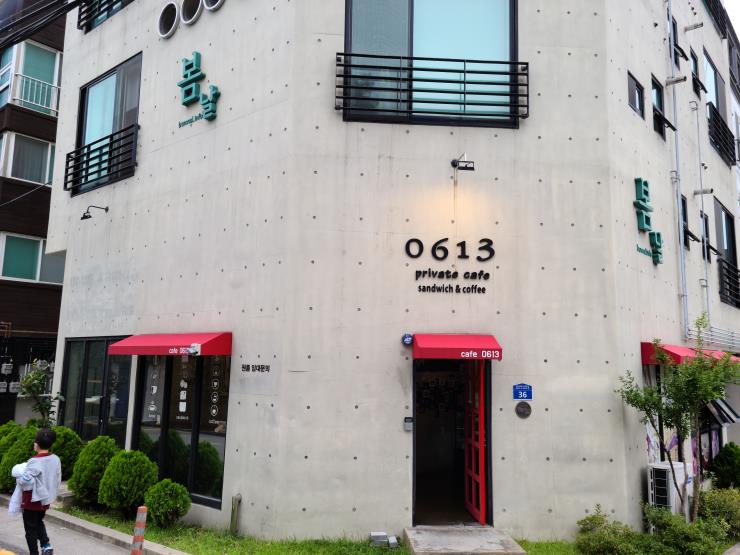 This photo shows the four-digit number for the name of a cafe, 0613, posted on the facade of a building in the southeastern city of Ulsan on Sept. 17, 2020. (Yonhap)

ULSAN, Sept. 18 (Korea Bizwire) — A cafe named after its date of establishment is drawing the attention of the ARMY, the official fan club for K-pop super group BTS after the date happened to match the date of the seven-member band’s debut.

This once ordinary cafe turned into a BTS-themed coffee shop after receiving an unexpected phone call from Ansan in late 2018, with the caller asking the owner about the name of the place.

“Your cafe means a lot to the Army since it not only matches the date of BTS’s debut, but also a banner that says ‘bomnal’ is on your wall. The Army would like to celebrate the birthdays of BTS members at your cafe.”

Bomnal, means ‘spring day’ in Korean, is the name of the building where the cafe is located which is also the name of a song released by the group in 2017.

In 2019, eight BTS-related parties were held at the cafe including birthday celebrations for all seven BTS members as well as a BTS anniversary on June 13.

The owner of the cafe made a picture frame of the phone conversation in 2018, hanging it on the wall to share with visitors the story of how the cafe became a BTS haven.

The cafe has limited space with a total of four tables and 10 chairs, but that did not stop 20 to 30 BTS fans from coming to sing and share BTS songs as they celebrated the birthdays of their favorite group. 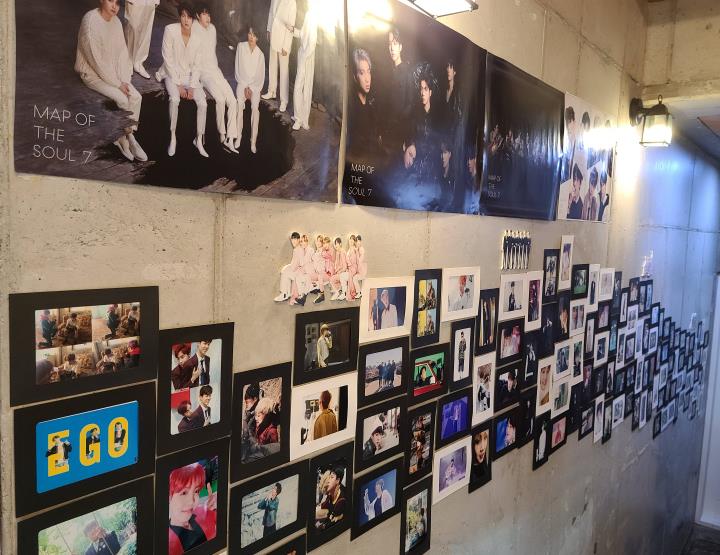 Frames and posters featuring K-pop super group BTS are hung inside a cafe in the southeastern city of Ulsan on Sept. 17, 2020. (Yonhap)

The news soon went viral across the country, attracting more fans from other regions as part of their ‘BTS tour’.

The Army decided not to hold the parties this year due to the coronavirus pandemic. Instead, fans decided to create souvenirs for each birthday of BTS members to share them with one another.

This month, as part of the birthday celebration for BTS leader RM, garlands, posters, photo cards and cup holders made by fans were dropped at the cafe, and others came to pick them up after being notified through social media.

“I started the cafe just to make good coffee. Now, I feel very lucky that the cafe has turned into Ulsan’s so-called representative BTS shrine,” the owner of 0613 said.

“It’s been my pleasure to have met such a strong network of passionate fans who support their favorite group by coming up with souvenirs and sharing them with others.”