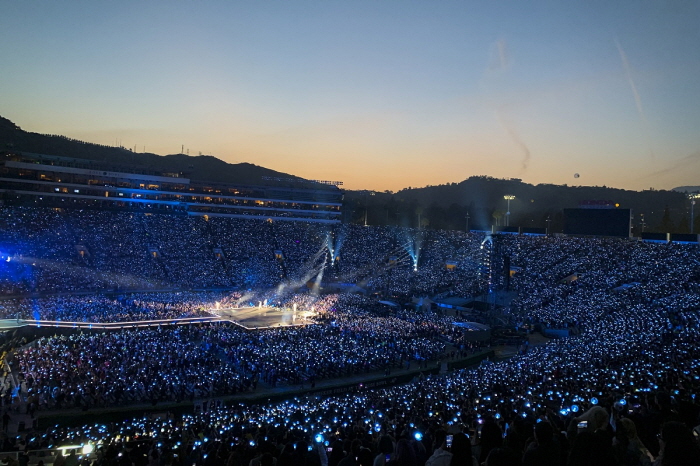 The septet was to perform before sold-out crowds at the Rose Bowl Stadium on Saturday and Sunday, according to its management agency.

The “Love Yourself: Speak Yourself” stadium tour follows last month’s release of BTS’ new EP “Map of the Soul: Persona” that became its third No. 1 Billboard 200 album.

On Wednesday, the band won two awards at this year’s Billboard Music Awards and became the first K-pop artists to win in the major Top Duo/Group category.

During the stadium tour, the boys will wear Dior outfits, according to the designer brand.

After L.A., the tour will take the group to Soldier Field in Chicago next Saturday and Sunday, and MetLife Stadium in New Jersey on May 18-19.

On May 15, BTS will kick off the annual Summer Concert series hosted by ABC’s “Good Morning America.” It is a free concert series set to be held at New York’s Central Park till Aug. 30.

Later on May 15, BTS will appear on CBS’ “The Late Show with Stephen Colbert.”

After finishing its schedule in America, the boys will perform at stadiums in Sao Paulo on May 25-26, London on June 1-2, Paris on June 7-8, and Japan’s Osaka and Shizuoka on July 6-7 and 13-14, respectively.