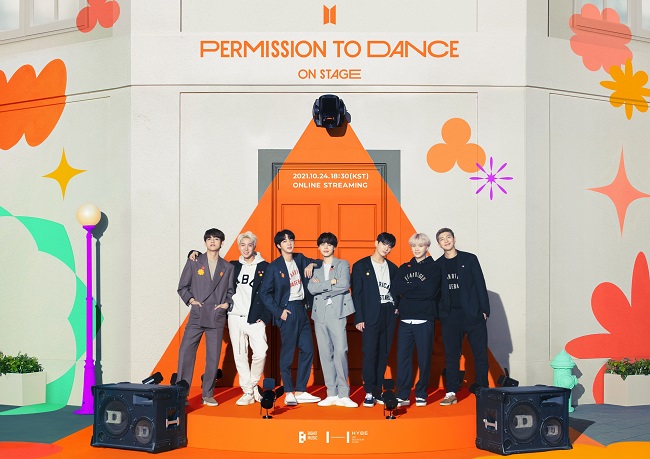 The seven-piece act’s performance on a scale equivalent to an offline concert will be livestreamed from a local stadium Sunday, according to Big Hit Music. It is BTS’ first global online concert in about a year.

“This event is designed to help our fans feel like they are at the concert in person,” Big Hit Music said. “We’ve selected songs that our fans, Army, love.”

It said cutting-edge visual effects will help the audience enjoy computer-generated visual effects and images shown on large LED screens at the stadium through their devices at home simultaneously.

A multi-view live streaming service will be also available for them to select and enjoy various scenes taken from six different angles on a real-time basis, it added.

The upcoming online event is taking place after the seven-piece act scrapped its planned world tour, “BTS Map of the Soul Tour,” due to the COVID-19 pandemic.

Aside from the online concert, BTS will have its first live in-person concerts in Los Angeles in two years next month.