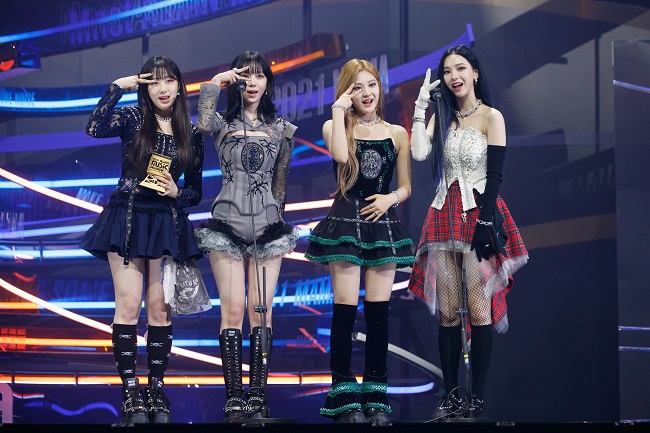 This photo of aespa during the 2021 Mnet Asian Music Awards is provided by CJ ENM.

It was the third consecutive year the boy band has swept all the four top MAMAs.

The band did not attend the awarding ceremony in person as members are currently under mandatory COVID-19 self-quarantine after arriving from their concert in Los Angeles earlier this week.

This year’s MAMAs were exceptionally held in South Korea and the size of its audience was limited to some 450 amid the persistent pandemic.