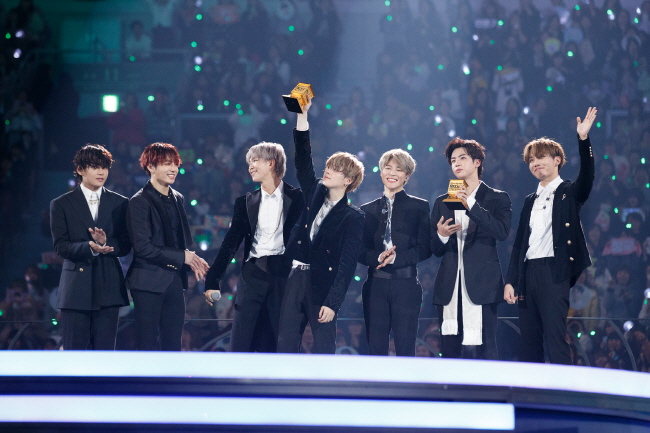 The septet took home the top three prizes at the 2019 MAMA — Album of the Year, Artist of the Year and Song of the Year — winning big at the awards ceremony held at Nagoya Dome.

“Year 2019 has been a year of really intense and hard work. Looking back, we had (a time) when we almost gave up, but after some time we can now smile over the past,” member Suga said, lifting the Artist of the Year trophy.

“Over the past year, we have grown more and become stronger,” he said.

Member J-Hope said in a separate speech after taking the Album of the Year prize that BTS “will try to provide a positive influence and good messages.”

Member Jimin hinted at the band’s next album, saying, “We are preparing our next album and we might be able to come up with an album that is far better than what you are expecting.” 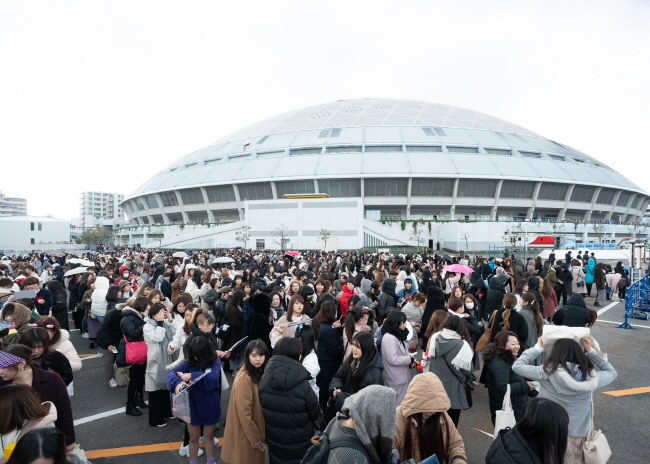 The 2019 MAMA was well received by fans in Japan despite on-going diplomatic and trade disputes between Seoul and Tokyo stemming from their shared history.

MAMA organizer CJ’s choice of Nagoya had raised eyebrows among South Korean fans after the city temporarily suspended the exhibition of a symbolic Korean sculpture during the city’s hosting of the Aichi Triennale art festival in the wake of the bilateral rows earlier this year.