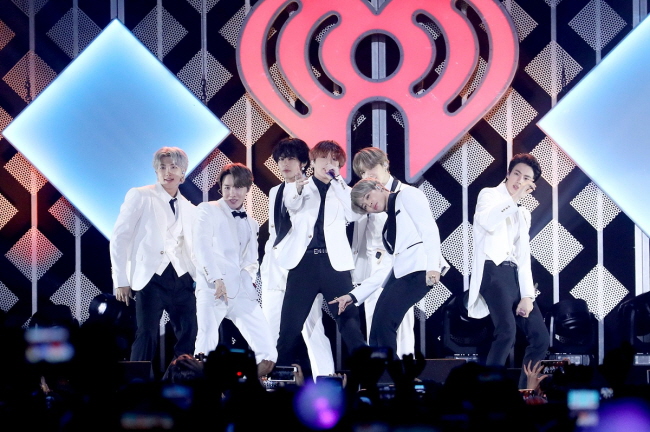 “Making 2020 right by ringing in the new year with BTS! Join us live from Times Square on New Year’s Eve,” the organizer of “Dick Clark’s New Year’s Rockin’ Eve with Ryan Seacrest 2020″ said on its Facebook page on Tuesday.

The special New Year’s Eve program this year will air concerts from Times Square in New York and three other American cities — New Orleans, Los Angeles and Miami — from the night of Dec. 31 till the early morning of Jan. 1.

The Times Square leg will also feature performances by American rapper Post Malone, singer-songwriters Sam Hunt and Alanis Morissette, according to the organizer. The show will broadcast live on American channel ABC.

BTS appeared on the New Year’s Eve show in 2017, but through a pre-filmed video.

Ahead of the U.S. appearance, BTS will join two local year-end TV concert shows by SBS and KBS on Dec. 25 and 27 respectively.