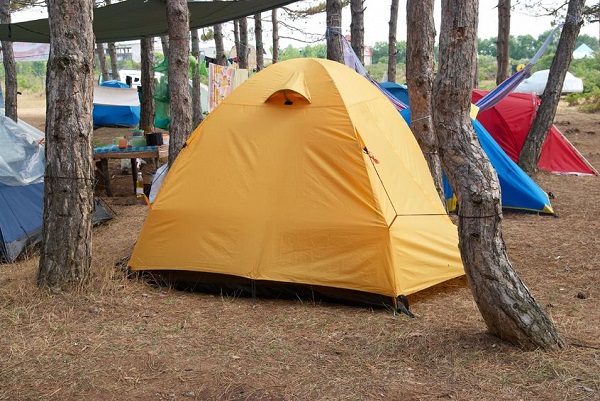 The ministry is also going to approve the scheme to form camping sites on the zones. (image: Kobizmedia/ Korea Bizwire)

SEOUL, Sep. 5 (Korea Bizwire) – Even though more and more Koreans enjoy outdoor activities such as sports outside and camping, it is hard for them to find proper facilities for those activities. For instance, while Gyeonggi Province, adjacent to Seoul, has more than 5,000 community baseball teams, it has only less than 100 ballparks.

Hence, the Korean government has devised a plan to utilize green belt zones as an arena for leisure activities.

The Ministry of Land, Infrastructure and Transport announced on September 3 that it would allow the establishment of outdoor amenities such as ballparks and football fields on green belt zones near cities. Residents living on a green belt zone or residents who used to live on a zone at the time the area was designated as a green belt zone are now allowed to build facilities if necessary. The ministry expected that more than 900 amenities would be established.

The ministry is also going to approve the scheme to form camping sites on the zones. Even though a total of 1,866 camping sites are operated nationwide, most of them are far away from cities, which makes it hard for city residents to reach easily. Moreover, amenities such as toilets and water supplies are inconvenient to use as the sites mushroom with no planning.

The ministry also expected that more than 270 sites would be constructed considering an increasing demand on camping.

These moves coincided with the recent remarks by President Park Geun-hye saying, “As we are in the golden time of revitalizing the economy, we must lift unnecessary regulations to create jobs and improve public conveniences.”

Aside from the facilities on the zone, therefore, restrictions on city-based establishments such as terminals and public libraries seem to be eased.