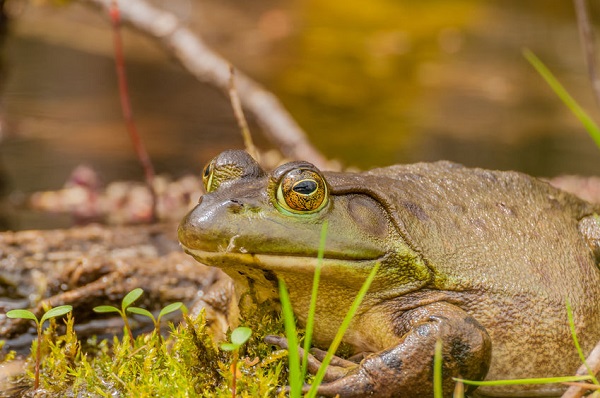 Researchers captured 129 bullfrogs to quickly freeze them at 70 degrees Celsius below zero and euthanize them. When they checked inside of the dead frogs, the scientists found out that there were 61 prey species. (image: Kobizmedia/Korea Bizwire)

SEOUL, Oct. 2 (Korea Bizwire) — The National Institute of Environmental Research have conducted a study entitled the “Analysis of the Bullfrog, an Invasive Species in the Ecosystem of Korea” from April to August this year only to find that the frog eats a total of 61 species of living creatures.

Researchers captured 129 bullfrogs to quickly freeze them at 70 degrees Celsius below zero and euthanize them. When they checked inside of the dead frogs, the scientists found out that there were 61 prey species.

Based on the ratio, bullfrogs are likely to eat insects, 31.5 percent of which was muljarus japonicas (water bug), followed by mole crickets, water striders, dragonflies and stinkbugs.

In the research, bullfrogs appear to pose a serious threat to native species and disrupt the ecosystem since they prey on not only poisonous insects such as the Asian giant hornet and polistes (a wasp), and native amphibians including toad tadpoles but also birds such as great tits, and mammals including black-striped field mice and shrewmice which are at the top of the food chain.

“The research allowed us to learn how much bullfrogs harm the environment and native species,” Lee Jung-hyun, a researcher in the institute, said. “We plan to carry out further studies on impacts of disruption of the native ecosystem by them,” she added.