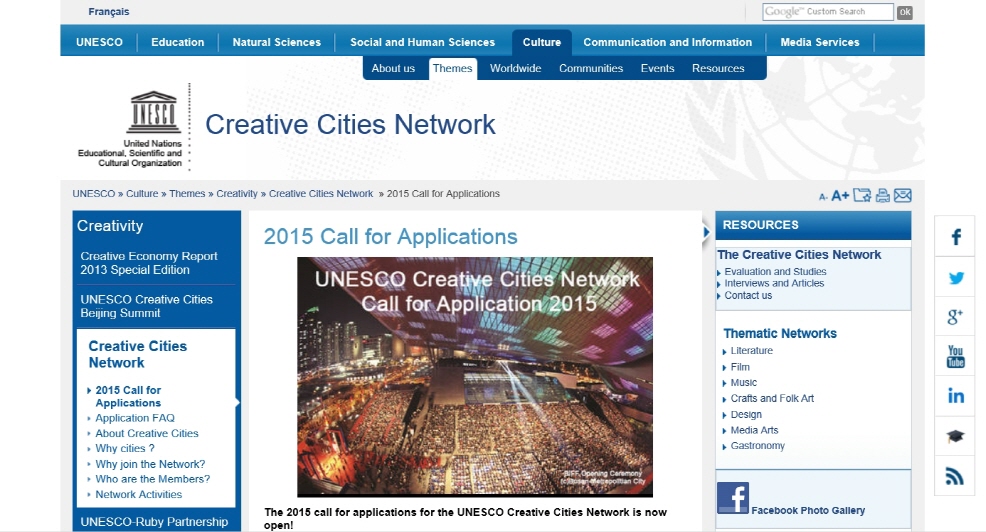 UNESCO attached the photo of the ceremony at the Busan Cinema Center in an article for providing information on how to apply for addition to the network list. (image: UNESCO home page)

BUSAN, May 7 (Korea Bizwire) — A photo of the Busan International Film Festival’s opening ceremony was seen on the main page of UNESCO’s Creative Cities Network Thursday.

UNESCO attached the photo of the ceremony at the Busan Cinema Center, the iconic main venue of the annual film festival, in an article for providing information on how to apply for addition to the network list.

South Korea’s southern port city of Busan was added to the network as a Creative City of Film in December 2014 for the first time in Asia, in recognition of its film industry-related capacity.

According to Busan city officials, UNESCO explained that it used the photo because of the fancy view of the opening ceremony as well as in recognition of the city’s capability and efforts to nurture the local film industry.

Busan is the host of the annual film festival, which was launched in 1996 and has since developed to be Asia’s largest.