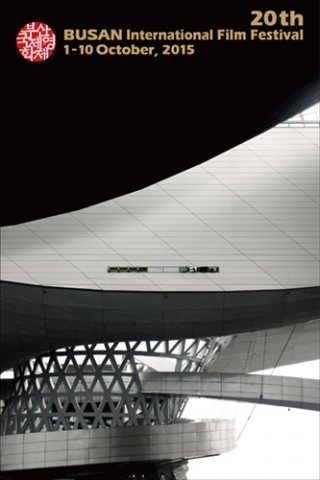 BUSAN, Oct. 1 (Korea Bizwire) — The Busan International Film Festival will open in the southern port city of Busan on Thursday, celebrating its 20th anniversary with a rich lineup of films and celebrities.

Founded in 1996, it unarguably has developed into Asia’s largest film festival with a budget of about 12 billion won (US$10 million) and over 220,000 visitors from around the world as of last year.

The 20th edition of the festival is scheduled to run until Oct. 10, featuring 304 films from 75 countries around the world. They include 94 world premiers and the latest films from six Asian master directors, such as France’s Claude Lelouch, China’s Jia Zhangke, Japan’s Kore-eda Hirokazu and Taiwan’s Hou Hsiao-hsien.

The Indian film “Zubaan” was chosen to open the 10-day festival. The directorial debut by recognized Indian independent film producer Mozez Singh depicts a young man born to a poor family who suddenly questions life’s important values under the mental influence of his deceased father after he achieves much awaited success.

Kang Soo-youn, co-executive director of the festival, introduced it as a film “that gives a strong impression and stands out for its harmony with chic music,” during a news conference in Seoul last month.

The festival will close with “Mountain Cry” by Chinese director Larry Yang, according to the festival.

Based on the award-winning novel of the same title by Chinese author Ge Shui-ping, the film follows a young immigrant man in a remote mountain village who is forced to care for a mute woman after he is held responsible for her husband’s accidental death.’

Besides them, “Mountains May Depart,” the new film by Jia Zhangke inspired from his youth days, and “Sicario,” “Chronic” and “Alone” are among the picks of the festival’s executive programmers. “Sicario” is a U.S. film themed on a war against a drug cartel operating on the U.S.-Mexican border. It premiered at this year’s Cannes Film Festival. “Chronic” is an English-language debut by the promising Mexican director Michel Franco. It won the best screenplay award at the same film festival. “Alone” is a Korean crime thriller about a murder case happening in a low-income neighborhood.

The festival prepared a host of special events celebrating its 20th anniversary.

They include “My French Cinema,” a special screening of 10 select French film classics, such as Jacques Demy’s “A Room in Town” (1982) and “A Man and a Woman” (1966) by world renowned director Claude Lelouch. French Culture Minister Fleur Pellerin will visit Busan for the French film program.

The festival will hold a special exhibition of the 100 best Asian movies chosen by scores of leading filmmakers, critics and experts around the world. The top 10 films, excluding “In the Mood For Love” (2000), which is currently undergoing remastering, will be screened during the festival. In the top three posts are “Tokyo Story” (1953) by the Japanese director Yasujiro Ozu, “Rashomon” (1950) by Japan’s Akira Kurosawa and “Aparajito, The Unvanquished” (1956) by India’s Satyajit Ray.

Unlike in usual years, a number of A-list movie stars and directors will descend on the southern port city.

The Berlin-born actress Nastassja Kinski, who was hugely successful in the late 70s and early 80s, will also visit Busan as a jury member of the New Currents Award for promising Asian directors.

Lee Eun-sim, a Korean actress best known for her lead role in director Kim Ki-young’s masterpiece “The Housemaid” (1960), is also scheduled to visit in her first trip to her home country since she immigrated to Brazil along with her filmmaker husband 33 years ago.

But this year’s festival was overshadowed by the festival organizing committee’s recent political tensions with the Busan city government and a reduced budget.

The committee was in a feud with the city government earlier this year, apparently over its screening during last year’s festival of the politically sensitive documentary film about the government’s poor rescue efforts during the Sewol ferry disaster that claimed more than 300 lives earlier that year. The central government later halved its subsidy for the film festival without giving a clear reason.

Lee Yong-kwan, a co-executive director of the festival, vowed to move on despite the setbacks.

“We focused our efforts to show the mature aspect of the festival rather than holding showy events,” he said during the news conference. “We will grow further with this year’s festival as a springboard, aiming to mark the 25th and 30th years.”