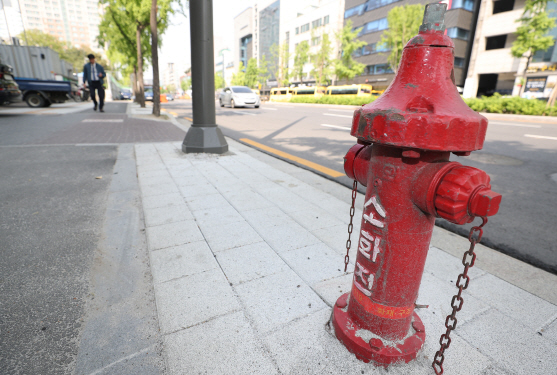 The Busan Metropolitan Government introduced a pilot project on Friday to remove impurities such as water stains and sediment inside the water supply pipes using existing fire hydrants in the city’s Gangseo District.

Local officials will clean the water pipes by injecting compressed air and water into the fire hydrant.

Until now, separate work tools had to be installed to remove water stains and sediment from inside water pipes.

In this case, civil inconvenience was inevitable as traffic control and road excavation were required.

“After reviewing new washing technologies that minimize inconvenience to citizens, we are pushing for a pilot project that uses fire hydrants,” said Lee Geun-hee, head of the Busan Water Authority.

“In the second half of this year, we will identify target pipes that need to be cleaned after an aging diagnosis of global water pipes,” he added.